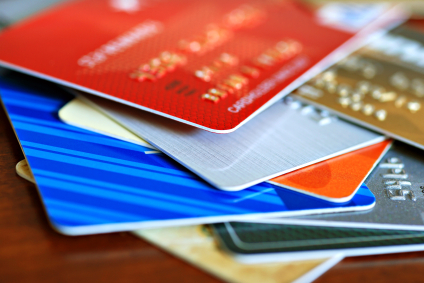 NEW YORK - Two of the nation's largest banks, Chase and Wells Fargo, will not impose fees on customers who use their debit cards, after consumer backlash to Bank of America's announcement that it would charge a $5 monthly fee on debit card users.

The backlash was so strong that BofA now says it will offer options for customers to avoid the fee.

The retail banking arm of JPMorgan Chase & Co. will stop charging $3-per-month fees for using debit cards when its current pilot in Wisconsin and Georgia is completed in November, a source with knowledge of the bank's plans told The Associated Press. The individual asked not to be identified because the bank has not officially announced the program will not go forward.

Chase, which operates in 23 states, began its test in February.

And it's not alone in rethinking its actions. Wells Fargo & Co. began a similar pilot in five states on Oct. 14, testing a flat $3 fee for using debit for purchases. On Friday it also announced that it is cancelling its test program.

But it was Bank of America Corp.'s plan to start charging $5 per month that lit the issue on fire. The Charlotte, N.C.-based bank last month said it will begin assessing the fee in 2012.

Banks are justifying the fees by stating that they need to recoup revenue lost to new regulations that limit the fees they can collect from retailers for handling debit card transactions. But the new fees sparked a huge backlash.

Signs like, "I bailed out the banks and all I got was a $5 debit card fee" have been spotted the Occupy Wall Street protest in New York and its sibling protests around the country. The author of the regulations, Sen. Richard Durbin, D.-Ill, called the fee an "outrage" on the floor of the Senate.

"It is hard to believe that a bank would impose such a fee on loyal customers who simply are trying to access their own money on deposit," he said. "Especially when Bank of America for years has been encouraging their customers to use debit cards as much as possible."

Durbin encouraged customers of banks that charge fees to "vote with their feet," but consumers were already ahead of him. Credit unions and community banks nationwide are reporting huge spikes in new accounts as consumers seek no-fee options.

The backlash hasn't gone unnoticed by other banks.

Citigroup Inc. almost immediately pointed to its policy of not charging for debit, although at the same time it changed requirements for its mid-tier checking accounts to make it harder to avoid a $20 per month service fee.

Huntington National Bank, Ally Bank, USAA and on Friday, TD Bank, are among those that are publicizing that they will not charge debit card fees. And institutions like CDC Federal Credit Union in Atlanta are sending emails out with "No Debit Card Fees" in the subject line to entice people to move their money.

The anger appears to be resonating.

On Friday, Bank of America bent. A source at the bank, who asked not to be identified because the policy is still evolving, said it likely it will offer ways for its customers to avoid debit card fees through using direct deposit, maintaining minimum balances or using Bank of America credit cards.

But a good deal of damage is already done. "Too little, too late," one angry customer posted on Facebook. "I've already switched to USAA!"