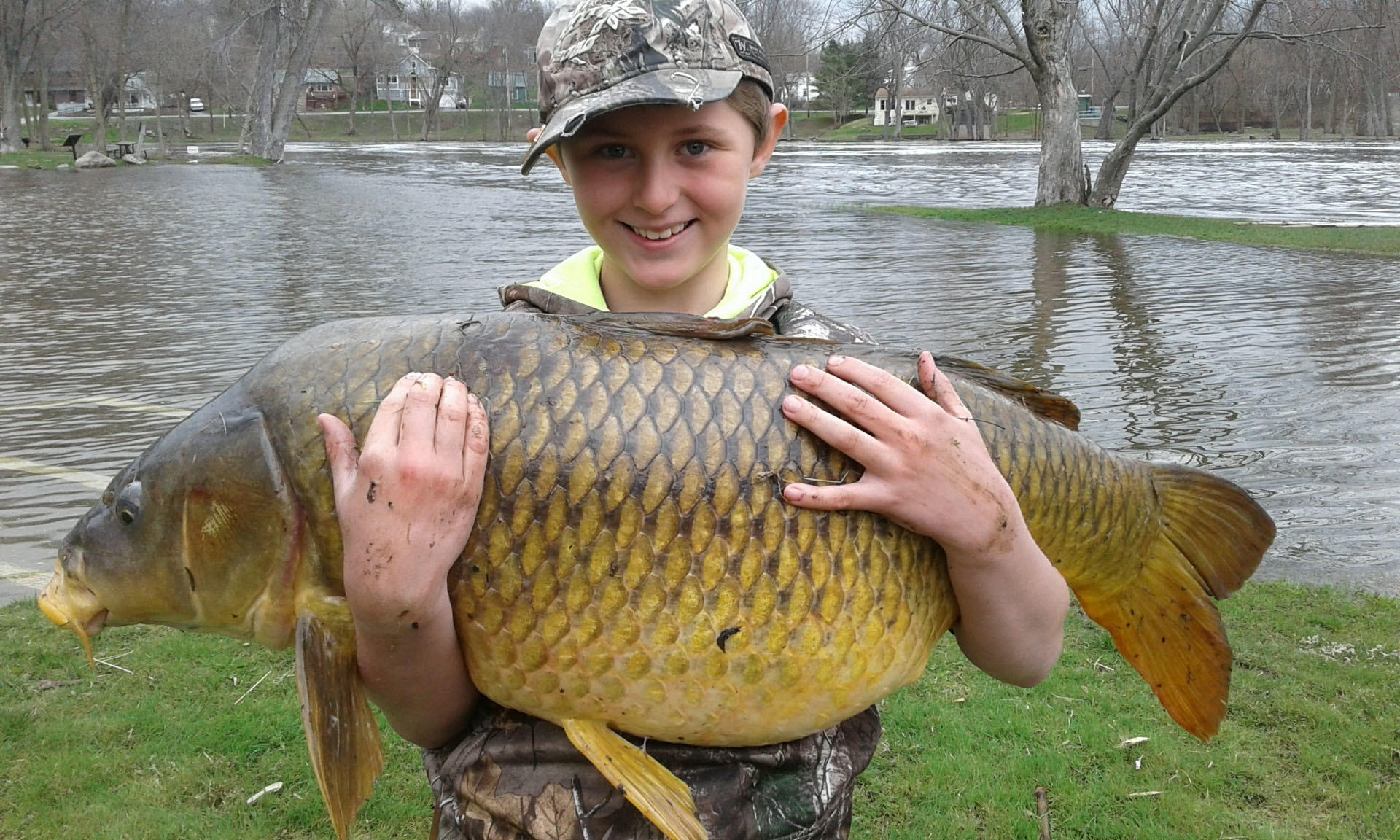 FERRISBURGH, Vt. -- A 10-year-old who reeled in a giant carp says he knew it was a record contender before he ever got it ashore.

Chase Stokes' fish did indeed set a state record in Vermont. It weighed in at 33.25 pounds.

The Rutland Herald reports the carp was weighed at a bait and tackle shop in New York in April. The Vermont Fish & Wildlife Department made the record official last month. The fish was a quarter-pound bigger than the previous record holder.

Stokes, now 11, said he likes fish for carp because they're "hard to find."

"We were fishing for anything that might bite that day," Stokes told the local newspaper. With a night crawler for bait, Chase said that "after a few big bites, this huge fish almost took my pole right off the stick."

Shawn Good from the Vermont Fish & Wildlife Department called the boy a "fishing maniac." He said Stokes has landed the most trophy fish in Vermont's Master Angler Program.

The sixth grader tells the newspaper that he will have the carp mounted.