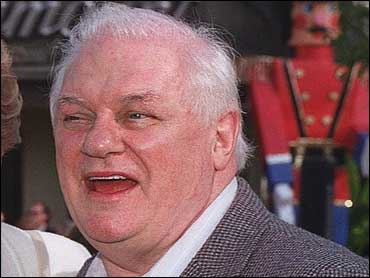 Durning, 84, will receive the Lifetime Achievement Award for fostering the "finest ideals of the acting profession" during the 14th Annual Screen Actors Guild Awards show on Jan. 27, the guild said in a statement.

"Throughout his career, he has epitomized the art and grace of acting and brought something special to every role," SAG president Alan Rosenberg said. "He is, above all things, a great actor with the talent to which we all aspire: the power to create indelible characters."

Durning's more than 100 movie credits include "The Best Little Whorehouse in Texas," "To Be or Not To Be," "The Sting," "Dog Day Afternoon," "Tootsie" and "O Brother, Where Art Thou?"

During World War II, Durning was seriously wounded as a member of the first wave of soldiers to land on Omaha Beach during the D-Day Normandy invasion on June 6, 1944, according to the guild statement.

He was taken prisoner during the Battle of the Bulge and was one of a few survivors of the attack on American POWs at Malmedy, Belgium.

Durning was honored with three Purple Hearts and a Silver Star.