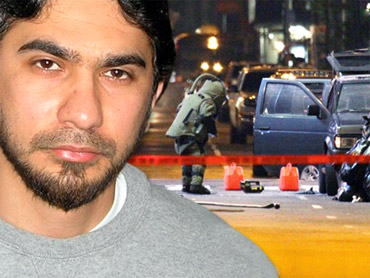 Fifteen days before what's shaping up as another nail-biter of an election, President Bush accused Democratic rival John Kerry of using "scare tactics" for suggesting Mr. Bush would endanger Social Security and bring back the military draft.

Kerry, meanwhile, accused the president of "arrogant boasting that he's done everything right in Iraq."

The charges came as some national polls gave Mr. Bush a slight lead while other said the race was too close to call.

A daily Washington Post daily tracking poll had Mr. Bush up 50-46 percent, while a Reuters/Zogby poll of 1,211 likely voters had the race a 45-45 tie.

"I think we are going to see numbers moving up and down and we've seen the incredible volatility, although just within very narrow margins here," Amy Walter of the Cook Political Report told the CBS News Early Show.

A new CBS News/New York Times poll was due out later Monday.

President Bush, in an Associated Press interview, charged Kerry was "trying to scare our seniors. It is wrong to try to scare people going into the polls."

Kerry said Sunday that Mr. Bush was planning a "January surprise" attempt to privatize Social Security if re-elected. As for reviving the draft to replenish U.S. forces in Iraq, the Democrat told The Des Moines Register last week that, "With George Bush, the plan for Iraq is more of the same and the great potential of a draft."

"One of the things that we obviously are being confronted with are shameless scare tactics," Mr. Bush told the AP. "My opponent has said to youngsters that if George W. is elected there will be a draft."

The president pointed out that he said during the debate that he will not revive the military draft.

He also said it was inappropriate for Kerry to mention in the final debate that Mary Cheney, daughter of Vice President Dick Cheney, is a lesbian in response to a question on whether homosexuality is a choice.

"I thought it was over the line," the president said.

Mr. Bush declined to comment on the controversy surrounding a National Guard unit from South Carolina that refused to follow orders in Iraq, calling it a "lone example" and he has decided to "let the military look at the incident."

The president also said he hoped that that there would not be a repeat of the Electoral College mess four years ago that required a long recount and a decision by the Supreme Court before the winner of the race was decided. Laughing, he said, "I hope not," when asked about the possibility of another impasse.

Kerry was campaigning in Florida, where voters were able to start casting ballots for U.S. president on Monday. Already, problems were reported with ballots in the state that was the epicenter of the 2000 election fiasco.

Kerry charged that Mr. Bush was guilty of "arrogant boasting" about Iraq amid reports that the top U.S. commander complained to the Pentagon last winter that troops didn't have the supplies they needed.

"Despite the president's arrogant boasting that he's done everything right in Iraq and that he's made no mistakes, the truth is beginning to catch up with him," Kerry said.

"The president's tough talk about always supporting the troops is nothing more than empty rhetoric."

The Democrat's campaign also rolled out a TV ad showing Mr. Bush saying "I truly am not that concerned about him" — a reference to Osama bin Laden. The ad seeks to make the case that "It's time for a new direction" on Iraq and the war on terror. Mr. Bush denied in the final debate that he had ever said he wasn't worried about Osama.

"This is important. If you vote early now, we don't have to stay up late on Tuesday night, Nov. 2," Kerry said. "I want you to get out and get the job done."

Mr. Bush was campaigning Monday in New Jersey, a reliably Democratic state that was hit hard when terrorists struck the World Trade Center on Sept. 11, 2001.

At an appearance in Marlton, N.J., Mr. Bush accused Kerry of having a pre-Sept. 11 view of the world, a mind-set that he called dangerous. Kerry's approach to terrorism would permit a response "only after America is hit," he said.

"This kind of Sept. 10 attitude is no way to protect our country," Mr. Bush said, echoing many lines from his debate appearances and campaign speeches.

The Bush campaign unveiled a new TV ad that sought to portray Kerry as weak on terrorism — "either we fight terrorists abroad or face them here" — and accuses the Democrat of opposing President Reagan "as he won the Cold War."

Kerry adviser Joe Lockhart said New Jersey was an interesting place for the president to campaign because its two senators and former Gov. Thomas Kean, chairman of the bipartisan Sept. 11 commission, have complained that Bush hasn't done enough to push the panel's recommendations into law.

Before leaving for New Jersey, Mr. Bush signed a bill giving the Department of Homeland Security about $33 billion for the budget year that began Oct. 1. The tab was nearly $900 million more than Mr. Bush requested of Congress.