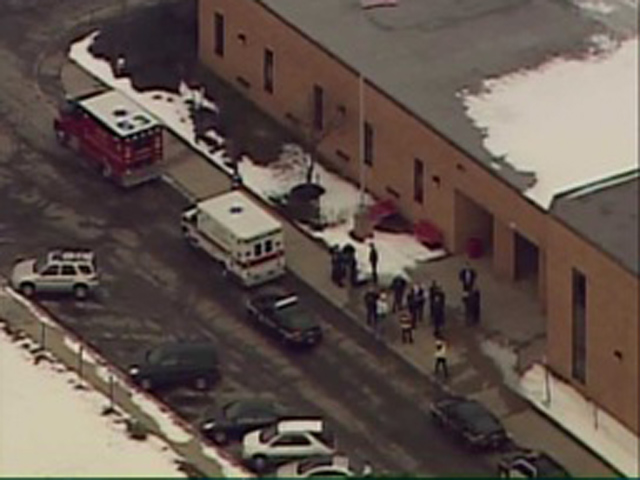 The station reports that the suspected lone shooter is believed to be a 17-year-old student who has been taken into police custody. According to WOIO, a teacher chased the accused gunman from the building where the shooting took place. The boy reportedly surrendered to two bystanders an hour later.

The conditions of the injured students have not yet been released. According to Fox affiliate WJW, Geauga County Sheriff Daniel McClelland said three victims were taken by LifeFlight to MetroHealth Medical Center, and two others are being treated at local Hillcrest Hospital.

According to WOIO, police say they do not believe there is a second gunman.

Television news footage showed anxious parents escorting children away from a school building. Ambulances could also be seen outside.

CNN reports the students were shot when two people entered the cafeteria of the high school and opened fire just as the school day was beginning, police and a school board member said.

WOIO reports that the Chardon Fire Department has confirmed they were called to the high school for the shooting. The fire dispatcher said multiple students are injured.

Chardon High School as well as other schools in the area are now on lockdown.

The superintendent immediately canceled classes at all Chardon Schools. Students still on school buses were being dropped back off at their homes, and parents are being called to pick up students already at school.