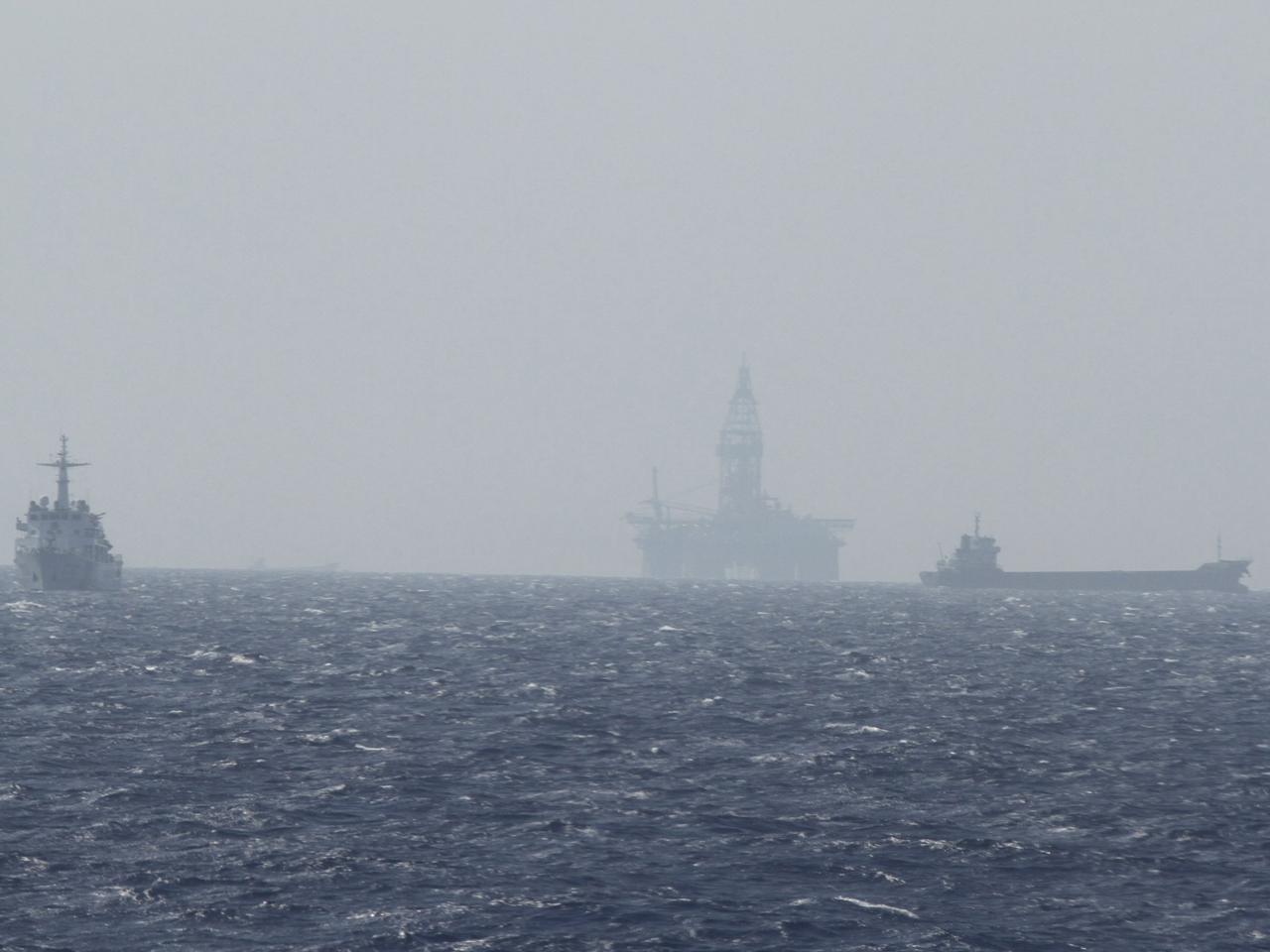 UNITED NATIONS -- China's conflict with regional neighbors in the South China Sea peaked this spring, when Beijing rammed and sunk a Vietnamese fishing vessel near a Chinese oil rig in waters claimed by Vietnam and Indonesia.

China has since removed the rig, but the dispute highlighted the Asian giant's willingness to flex military muscle to assert control over vast energy reserves in contested waters, and to cement Beijing's evolving strategic role in the world.

The territorial rights to oil and gas exploration and fishing in the South China Sea have been disputed for hundreds of years, so the question is, why did tensions flare this year?

"Globally, there is now the issue of energy security, and all countries in Southeast Asia -- not only China -- need to have more energy for that development," Vietnam's Permanent Representative to the U.N., Ambassador Le Hoai Trung, told CBS News. "For China, it is even a bigger issue as you may be aware. Since 2009 China has become the largest user of energy in the world."

"We don't think that they are entitled to the exploration of oil and gas in that area," Trung added.

He also said China was pushing its strategic, geopolitical and military interests by staking their claim for the waterway around the Parcel Islands -- which sit about 200 miles east of Vietnam's coast and 200 miles south of China's Hainan province.

That, he said, is why the U.S. has an interest, and why both the production and delivery of oil are central to the dispute.

"China is getting stronger," said Trung. "Its economy has been growing at a high rate... and at the same time China's military budget has grown the most since 1988... at least about 10 percent per year. So China is in a stronger position."

At the time of the confrontation in May, Trung wrote letters to U.N. Secretary General Ban Ki-moon, asking the global body to intervene.

"China has said that they want to promote peaceful and friendly relations with other countries in the region, and want to integrate into the world. At the same time, you see the activities that do give a rise to serious concern," Trung said.

China's military buildup has become flashing neon sign for the U.S. and other world powers.

"If the military is used for defense purposes, then I think that all the neighbors would have less concerns," Trung told CBS News. "But if the neighbors have to see the military used for other purposes that are not really defensive in nature, then they would be concerned -- for any country, not only Vietnam."

The motivation behind China's increasingly brazen swagger in the region can be complicated, and relate to internal conflicts and an interest by some leaders in Beijing in changing the world view of the vast nation, according to Elizabeth Economy, a senior fellow and director for Asia studies at the Council on Foreign Relations.

Economy pointed out that the spat in the spring was not "the first time that we've seen reckless behavior by various Chinese maritime actors. You know they've rammed Japanese boats and Philippine fishing vessels. This is really just the latest sort of reckless behavior on the part of the Chinese."

The real danger, according to Economy, is that such behavior could result in "some sort of miscalculation, some mishap and when combined with the nationalism that we see in all of these countries, you're going to have sort of a small confrontation that is going to spiral out of control and turn into a more full-fledged military conflict."

China's desire, Economy said, is not to go to be pushed into arbitration via a regional bloc like ASEAN, but rather to assert its strength -- and then negotiate directly with its much smaller neighbors.

"When they placed the rig, they were in fact in the midst of negotiations with Vietnam over joint development of the resources. So, I think what they'd like to see is just a resumption of those discussions, and they feel that they have the upper hand when it comes to that kind of negotiation," said Economy.

Even if China does have the upper hand, Vietnam still has a possible trump card.

"Come next May, they're planning to put their oil rig right back in place. So I think the Chinese are going to have to do some persuading of Vietnam in order to get them to not move forward with the case (in international courts) because it is significant leverage that Vietnam possesses," explained Economy.

"This is part of a broader sort of strategy on the part of China," added Economy. "It relates to (Chinese President) Xi Jinping's China dream, and his sort of, 'we're going to have the rejuvenation of the great Chinese nation' -- China as the Middle Kingdom, and it's part of a broader plan to integrate Asia both economically and strategically, with all roads leading to Beijing."

But Economy said it's not only about oil and gas.

"That's not really at the heart of this," she told Falk. "Really, at the heart of this, is China's historical claims; what they believe to be part of Chinese territory, dating back centuries. China now has the military and economic capability to begin to realize these claims, and you have a highly nationalistic Chinese leader at this point in time, and one who's quite assertive and ready to try to enforce the claims, so this is, from their perspective, this is sort of China's moment."

"When the president Xi Jinping came to power, he immediately began to visit with all of the military commanders, he talked about one element of the Chinese dream being a strong Chinese military, capable not only of defending China but also of pursuing Chinese claims, and so this is part of a bigger vision and I think we're going to see very strong investment in the Chinese military continuing," Economy said.

Economy said different groups within China understand the U.S.-China relationship differently; There are those who want to work with the United States, who see the two nations' futures as inextricably linked. There is also, however, a substantial group within China's ruling elite which "sees the sun setting on U.S. primacy."

This group within China, she argues, "wants to displace the United States."

The events of the spring and summer showed very little interest on the part of other nations in the region in challenging China's increasing strength.

"We attach great importance to the friendship with China," said Vietnam's Ambassador Trung. "China is a neighboring country and we have many things in common and we, we believe that we can benefit from China's development."

Getting a piece of China's growth may be the key. Southeast Asia, Trung pointed out, had wars in the fifties, sixties and seventies, and nobody wants to return to conflict.

The impact -- even of a two month confrontation in the South China Sea that never escalated -- was felt. Trade in some items took a marginal hit, and tourism dropped.

Economy said the landscape is changing: "This is really the first time, certainly in the past 150 years, that China feels it has the military capability to enforce its claims."