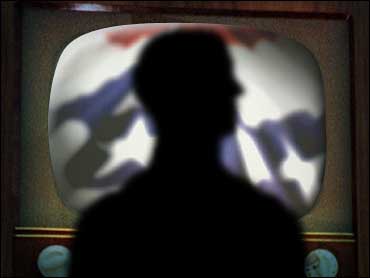 The U.S. Chamber of Commerce, the conservative business lobbying group that has vowed to spend $75 million to influence the midterm elections, is denying a report from a liberal group that it is using money from foreign corporations on campaign ads.

"These accusations are completely erroneous," Tita Freeman, vice president of communications for the Chamber, said in a statement. "... No foreign money is used to fund political activities."

The website Think Progress today said its investigation showed that the Chamber "funds its political attack campaign out of its general account, which solicits foreign funding." It suggested that "the Chamber is likely skirting longstanding campaign finance law that bans the involvement of foreign corporations in American elections."

Liberal advocacy group MoveOn.org filed a formal request asking the Department of Justice to investigate the Chamber in the wake of the report.

The details of the allegations are a little complicated, but to put it as simply as possible: Think Progress is alleging that foreign chapters of the Chamber in places like Bahrain (which are known as "AmChams") funnel money to the U.S. Chamber. That money, Think Progress says, ends up in the fund that pays for campaign ads.

In the statement denying the report, Freeman said "AmChams are independent organizations and they do not fund political programs in the United States."

"We have a system in place for ensuring that they are not government-controlled entities," Freeman continued. "The Chamber is proud to have global companies among our membership. We're careful to ensure that we comply with all applicable laws."

The Chamber does not disclose its donors, making it difficult to trace where the money for its ads is coming from. The group generally backs Republican candidates, though it has supported a small number of Democrats in this campaign cycle, including West Virginia Senate candidate Gov. Joe Manchin.

The Chamber successfully lobbied earlier this year to help kill a piece of legislation supported by Democrats called the DISCLOSE Act designed to force donors to identify themselves in campaign ads. The DISCLOSE Act was a response to the Citizens United court case giving companies permission to spend unlimited money anonymously to support or oppose a candidate.

President Obama has warned that the decision opens the door to foreign-controlled corporations interfering in U.S. elections.

The Chamber, which received a $1 million donation from Fox News parent company News Corp., has already run more than 8,000 campaign ads on behalf of GOP Senate candidates, according to the Wesleyan Media Project.

It is illegal under the Tillman Act of 1907 for "foreign nationals" to spend money to influence U.S. elections.

Foreign companies like Siemens are members of the Chamber, though the group says money from that and other foreign companies goes to lobbying and advocacy efforts, not campaign advertising.