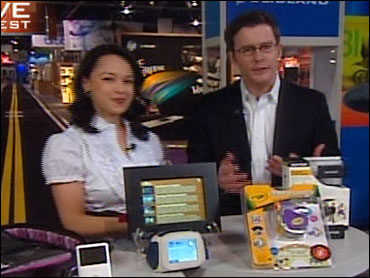 I joked with people during CES that I'd need a week to really get perspective on the overall tone and tenor of the show. Now I think I'll need at least a month.

Exhausting, yes, but everyone says that about CES. It has more to do with the lack of major crowds and the evolutionary vs. revolutionary nature of many of the products. In the meantime, I will say it was great to see many of my sci-tech colleagues and contemporaries and talk shop for a while or catch up on personal stuff.

Even with fewer people in attendance, CES is still an overwhelming experience and it's always nice to share the experience (commiserate) with those who can understand the pain from things like walking the seemingly endless halls of the Las Vegas Convention Center and Sands Expo. Maybe sleep will give me some clarity - I think I've gotten about 20 hours all week. Was it worth it? Read on.

CES is about companies, both large and small, showing their wares to vendors and press/analysts. But it's also about more than that. It's about getting a sense of the trends, sharing ideas, and aligning your digital compass for the months and years ahead. For me, it was helpful to hang out with the CNET folks, too, who are extremely knowledgeable and talented (and I'm really not just saying that because CBS is CNET's parent company).

I've known some of those editors like Brian Cooley for many years and always respected their work. This year we anchored our coverage from the CNET studio at the show and that allowed us to rub elbows on a regular basis. Plus, my partner-in-crime for the Early Show this year was CNET's senior editor Natali Del Conte, who is a total brainiac when it comes to all things gadgets, and we got to chat about our favorite stuff. Our thanks to them for all the help.

So what really caught my eye? Well, it's hard to ignore the touch-screen watch-phone combo from LG, but I didn't get a chance to play with it much. There's the Powermat for charging devices wirelessly (using magnetic induction other technologies), which I could really use. And there's the JoeBot from Wowwee that looks pretty cool though probably a tad juvenile for me.

I also thought the Palm Pre smartphone sounded intriguing but haven't had a chance to really explore it. Regardless, I feel pretty lucky that I'm not lacking in the consumer electronics department (keep in mind that I buy all my own stuff) and I'm not overly crazy to purchase anything new at the moment. Does that say anything about what was on display at CES? Perhaps. It's partly the cycle we're in. In many ways, CES 2009 was really more about the people than the products. And that's just fine with me.