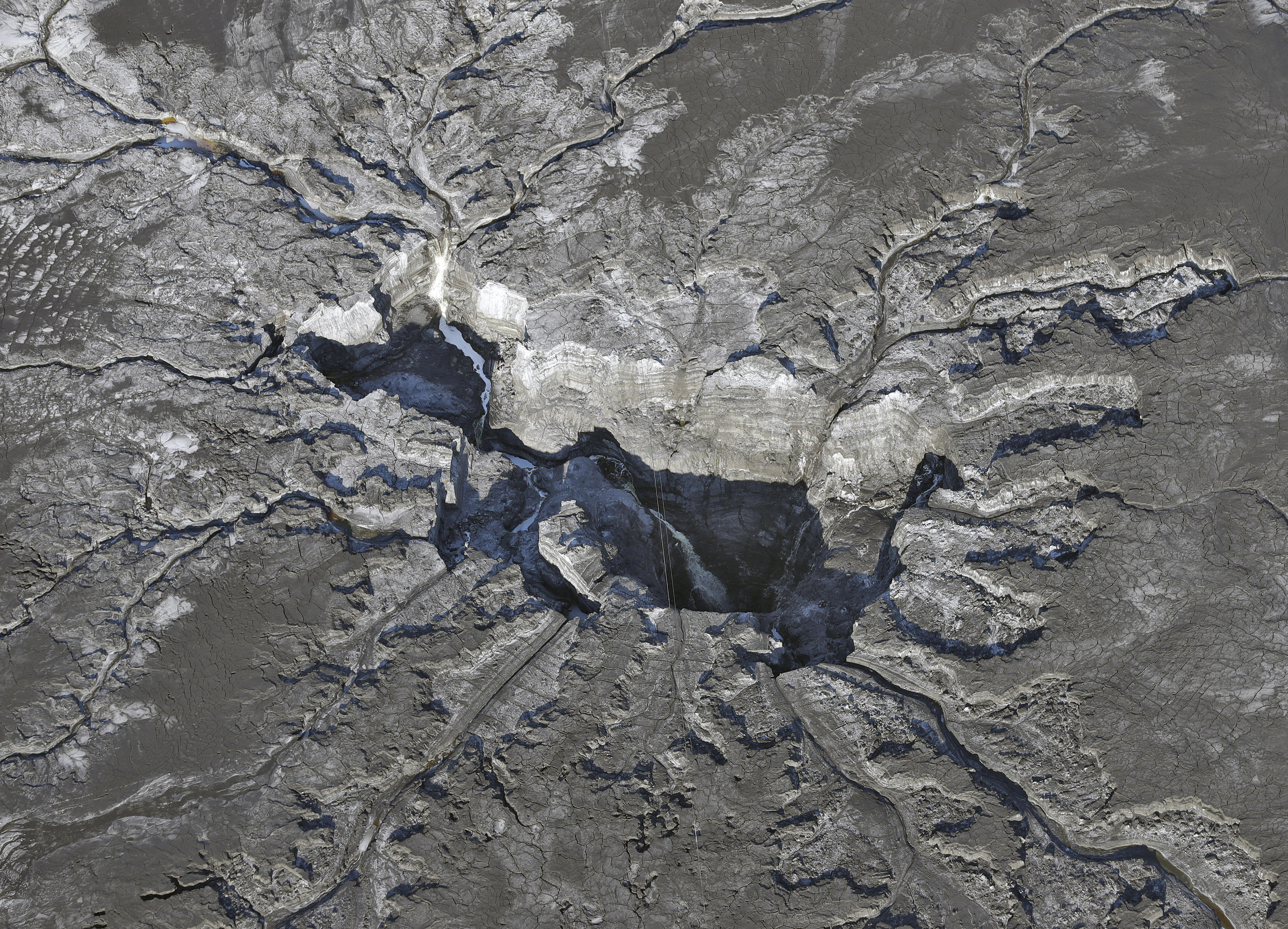 MULBERRY, Fla. Neighbors of an unplugged sinkhole sending contaminated waterand fertilizer plant waste cascading into Florida’s main drinking-water aquifer are fearful, and fuming that it took three weeks for them to be notified about the disaster.

Many are still waiting anxiously for results from tests for radiation and toxic chemicals in their wells.

So far, more than 200 million gallons of tainted water has drained from a waste heap through a 45-foot-wide hole into the Floridan aquifer, which provides water to millions of people.

“We make jokes around here that when he start to glow after a shower, we’ll know we’re in trouble,”  Lithia resident Joyce Hunter told CBS Miami on Sept. 20.

Jokes aside, Hunter has some serious questions about the water quality at her home in Lithia – just a few miles from Mosaic’s New Wales plant.

“I’m not expecting doomsday around here but the big thing is we want to know. We just want to know if the water is drinkable,” said Hunter.

The Mosaic Co. - one of the world’s largest producers of phosphate and potash for fertilizer - acknowledged Wednesday that the contamination had spread to groundwater around the sinkhole.

On Thursday, company spokeswoman Jackie Barron said the acidity and sulphates were found in a recovery well being used to pull water out within a quarter mile of the sinkhole.

The day before, she told The AP that traces had shown up in several wells on the site, but on Thursday, she said contamination was found only at the recovery well, and that no contamination has been found in the monitoring wells farther from the hole, nor beyond the limits of the company’s property.

A Mosaic employee discovered the water loss caused by the sinkhole Aug. 27 and the state and U.S. Environmental Protection Agency was notified the next day, as required by Florida law, according to David Jellerson, the company’s senior director for environmental and phosphate projects.

However, homeowners near Mosaic’s New Wales plant weren’t first notified by Mosaic or DEP until Sept. 19, after news of the sinkhole broke the previous week. Only then did Mosaic begin providing them with bottled water.

By then, a huge wastewater pond had mostly disappeared through the hole in the massive pile of phosphogypsum, a fertilizer byproduct that contains minute traces of radiation.

Mosaic stacks it in hill-size piles that can be hundreds of feet tall and visible from space.

Because it is radioactive, the material can’t be reused, but the wastewater involved is stored in ponds atop the piles.

Aerial photos and video shot by The Associated Press on Thursday show the water is still flowing down into the aquifer, which stretches beneath Florida and southern Mississippi, Alabama, Georgia and South Carolina.

Mosaic also acknowledged that it doesn’t really know how deep the hole has grown between the huge radioactive waste pile and the vast aquifer below. Barron said the company believes it’s 300 feet deep, but doesn’t yet know for sure.

Also, it’s still hurricane season in Florida and heavy rains could wash more contaminated waste down the hole, Barron said. “Any storm is going to add water to the mix, and that water will continue to flow though that sinkhole until we plug it.”

Doing so could require feats of engineering.

The hole is deep within the massive “gypsum stack,” a gooey pile of clay-like material, said Sandy Nettles, a Florida geologist who is a sinkhole expert.

“Compared to a regular sinkhole, it’s a lot more effort and money and equipment to deal with it but it can be done,” said Nettles. “Clay slime can’t be put in the ground, anything put on top will sink. It’s like trying to work on quicksand.”

Meantime, the company is advising people not to drink their well water, said Courtney Tinsley, 38, who lives in the rural community of Lithia, less than 2 miles from the plant.

DEP spokeswoman Dee Ann Miller on Thursday did not address why the agency took so long to notify the public, but said the safety of Floridians and the environment are a top priority. The agency so far has not made water testing data and other public records requested by The Associated Press available.

The delay also led Florida Gov. Rick Scott, who toured the site on Tuesday, to enact an emergency rule requiring 24-hour notice of environmental emergencies, and he plans to support legislation to make that permanent in next year’s session.

Mosaic said some partial results were released to some residents Tuesday, and the labs are working as fast as they can. Mosaic hired a private contractor for its testing. The DEP, meanwhile, is separately taking and testing samples from private wells.

Mosaic understands neighbors want peace of mind, she said. The company is drilling more monitoring wells to better be able to find any migration.

“We appreciate how people feel at this point - that’s why testing and bottled water continues,” Barrron said.

But criticism has been mounting over how long it took to notify the public about potentially radioactive material in the area’s water supply.

“The EPA, the DEP, Gov. Rick Scott, where are they?” said Paula Largel, a nursing home worker who lives about 14 miles from the hole, in the nearby town of Mulberry.

“It makes you wonder how long Mosaic would have sat on it if the news crews hadn’t broken the story,” said Largel.

Tinsley said she first heard about it on the evening news, and called Mosaic for more information. The company didn’t call back for days, she said.

Tinsley and other residents have filed a federal lawsuit seeking damages for possible losses of their private wells and the costs of testing, monitoring and treatment.