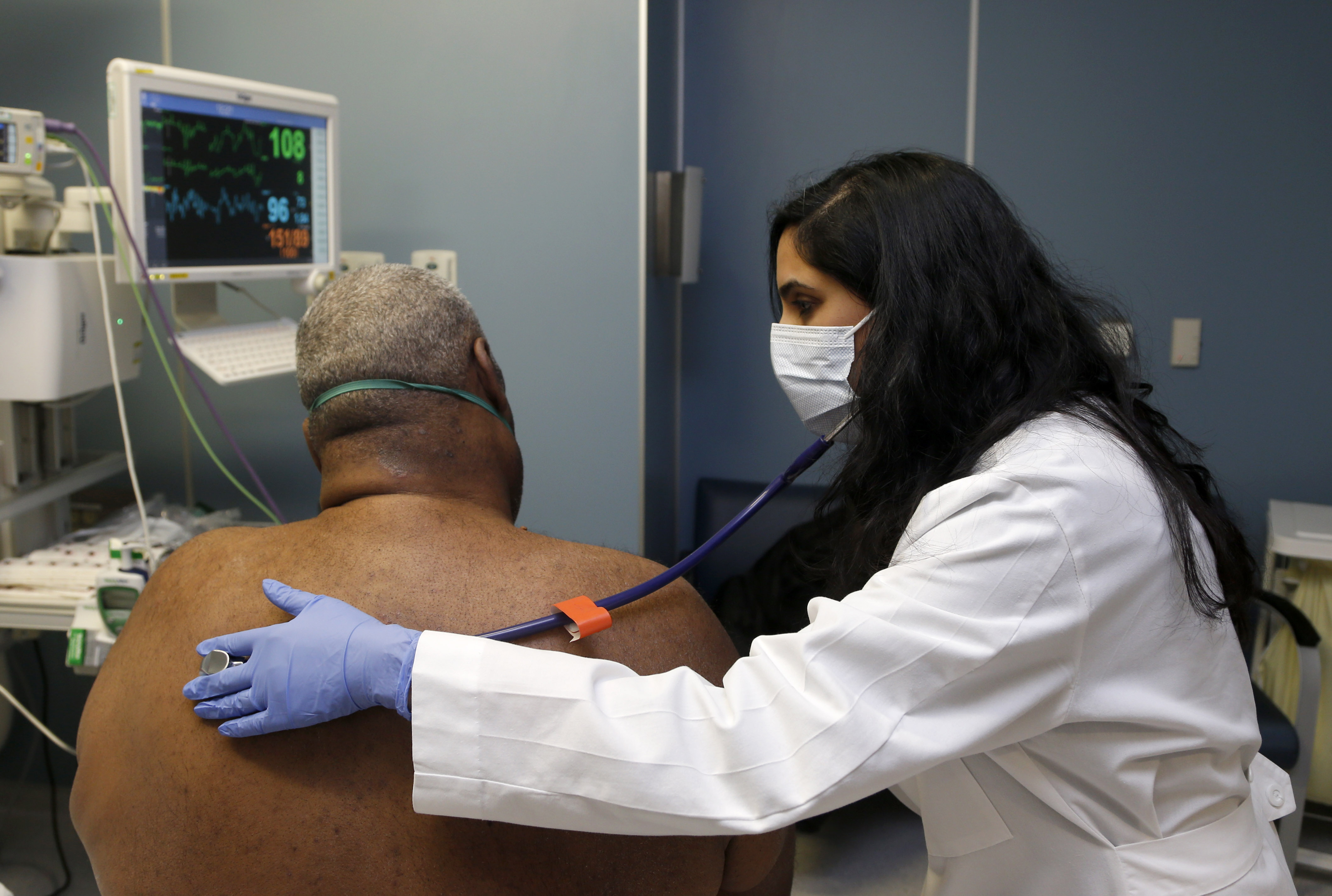 Flu activity continues to rise in the U.S., according to new surveillance statistics released by the Centers for Disease Control and Prevention on Friday.

Forty-seven states have now reported widespread influenza activity, according to the CDC's latest FluView report, three more states than officials estimated Wednesday. Two more children have died since last week's report, raising the total to 20 kids who have succumbed to the virus. It is still too soon to predict the severity of this flu season compared to previous ones, CDC director Dr. Tom Frieden told reporters during a conference call Thursday.

"The only thing predictable about flu is that it's unpredictable," said Frieden.

The report covers the week of Dec. 30 through Jan. 5, and the CDC releases a revision every Friday. Widespread flu activity means more than 50 percent of counties or sub-regions within a particular state are reporting flu cases, according to CDC.

Twenty-four states and New York City have experienced high activity of influenza-like illness, with 16 states reporting moderate activity. Last week's report showed high activity in 29 states. The CDC hopes this reduction suggests that some states have already seen flu peaks and cases are waning, however, Frieden said that trends are harder to predict during the holiday season, when people may be less likely to see a doctor. Data in coming weeks may provide a clearer picture that some states are over the worst.

CDC officials however did note that the West coast has not shown high flu activity and may be on the upswing, and in the South and Southeast -- where flu activity was reported early -- the disease may have already peaked and data now show declines in case counts. A complete look at how your state stacks up can be found on the CDC's website.

From Oct. 1 of 2012 through the report, an estimated 13.3 per 100,000 people were hospitalized with flu. The hardest hit group were adults ages 65 and older. Adults with underlying conditions such as diabetes, heart disease, obesity and lung disease (excluding asthma) were more likely to be hospitalized.

Underlying conditions like asthma, neurological disorders or diseases that weaken the immune system were commonly reported in hospitalized kids; however, more than 40 percent of them did not have an underlying medical condition.

Hospitals around the country have reported influxes of flu patients. In Chicago, several hospitals had to divert ambulances while one Pennsylvania hospital had to set up tents to deal with the extra patients.

"Many patients seem to have more severe illness this year as opposed to last year," Glatter said in an email. "In fact, a number of patients have required mechanical ventilation (respirator) due to difficulty breathing. We have also seen a number of children under the age of 5 with severe symptoms including muscle aches along with vomiting."

The CDC does not track adult death rates -- state health departments do -- but about 24,000 die each year from influenza.

The CDC said the predominant virus causing flu nationwide is influenza A (H3N2), followed by influenza B viruses. Cases of H1N1, or "swine flu," -- the virus behind a 2009 pandemic -- have rarely been seen.

The CDC also released a new study Jan. 11 in its journal Morbidity and Mortality Weekly Report, that found this year's flu vaccine is about 62 percent effective. That means a person who takes the shot is 62 percent less likely to have to go to a doctor to get treated for flu. That's based on test results collected from 1,155 children and adults who reported to doctors with respiratory infections.

The vaccine has been about 60 to 70 percent effective at preventing the flu in recent years.

The agency still says this year's vaccine matches well to 90 percent of the strains that are out there, and recommends everyone over the age of 6 months gets a flu shot.

"Today, the flu vaccine is still by far the best prevention we have," said Frieden.

"However, these early [vaccine effectiveness] estimates underscore that some vaccinated persons will become infected with influenza," wrote the CDC researchers. "Therefore, antiviral medications should be used as recommended for treatment in patients, regardless of vaccination status."

Prescription drugs such as Tamiflu (generic name oseltamivir) and Relenza (generic name zanamivir) are usually prescribed for about five days, although people who are hospitalized may need to take the medicine longer. The drugs can reduce symptoms and shorten the time people are sick by one to two days, in addition to helping prevent more serious flu complications like pneumonia, according to the CDC.