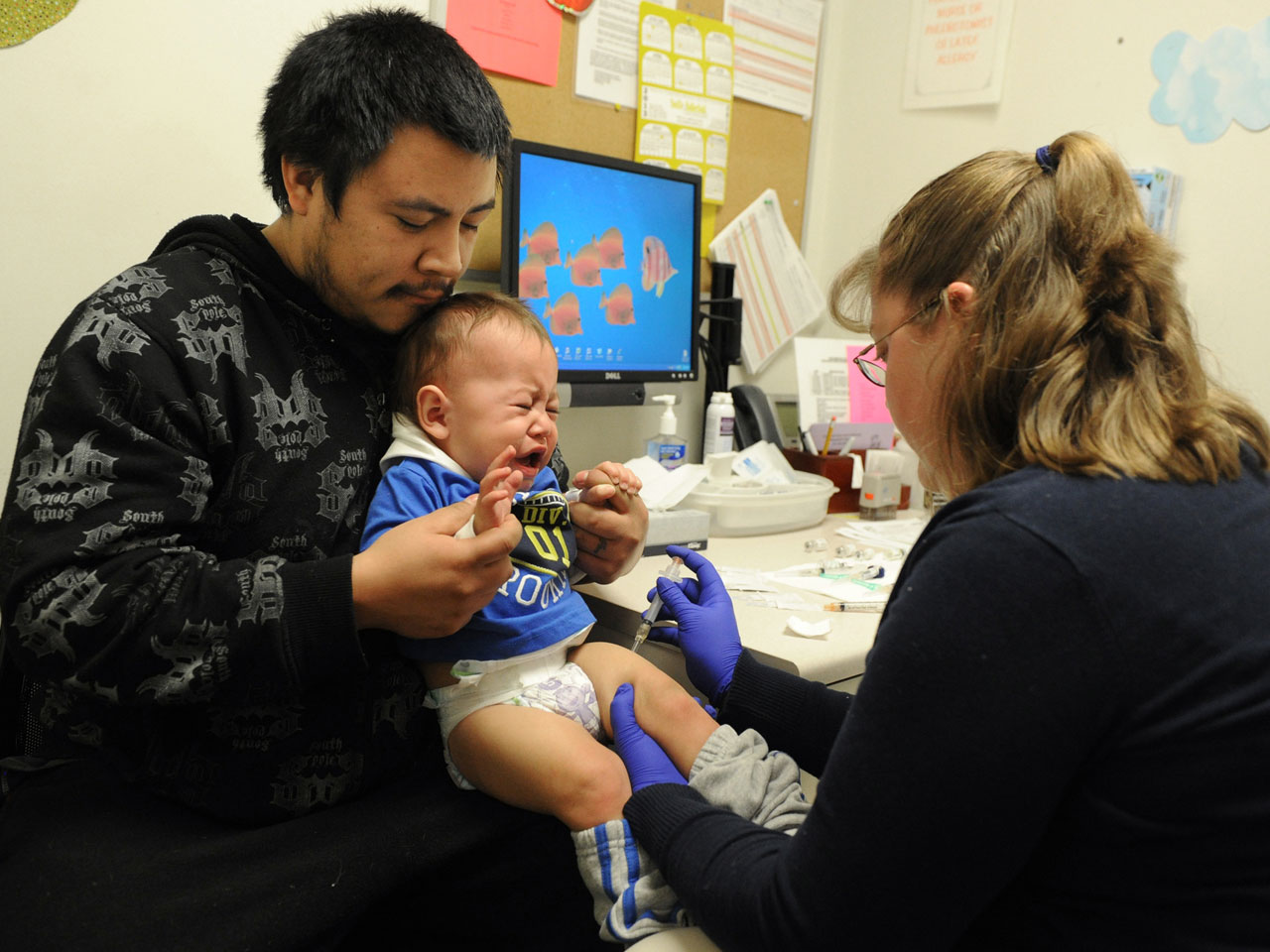 A nationwide rise in flu activity has Americans on edge.

As of Wednesday, 44 U.S. states are declaring widespread flu activity, CBS News medical correspondent Dr. Jon LaPook reported, and the Centers for Disease Control and Prevention added that the percentage of Americans going to the hospital has doubled within the past month.

Boston, a major Northeast city with a population of at least 600,000 people, declared a public health emergency on Wednesday after confirming 700 cases -- by this time last year there were only 70 confirmed influenza infections in the city. Hospitals in Chicago are seeing so many flu patients that several had to turn away ambulances. One Pennsylanvia Hospital, Lehigh Valley Hospital, had to set up tents outside its emergency room to deal with the extremely busy flu season.

With influenza sweeping the country, the Food and Drug Administration is reminding everyone 6 months and older to get a flu shot, warning the disease could be especially dangerous for kids.

"Everyone seems to know that the elderly are particularly vulnerable, but so too are children," Dr. William Rodriguez, a pediatrician at the FDA said in a statement Wednesday. "Severe complications are most common in children under age 2."

In the last 10 flu seasons, between 43 and 153 children have died from flu in the United States, according to Rodriguez, with an average of 20,000 children under 5 hospitalized each year.

The CDC's most recent flu report, which measured disease activity for the week of Dec. 23 through Dec. 29, shows 18 children have already died. The agency updates the public on U.S. flu activity every Friday.

The CDC has said there's "no excuse" to skip the flu shot. However LaPook reports only about 37 percent of Americans have been vaccinated this year, which is about average.

For those heeding the advice to get a flu shot this week, the FDA notes that immunization takes several weeks to take effect. While many people have been immunized in the fall, they still should be protected through the remainder of the flu season, which typically peaks in January or February. Cases, however, can continue through the spring.

"This is particularly late in the flu season for very young children, because to optimize immune response, children between the ages of 6 and 35 months need two shots, four weeks apart, during their first season of vaccination," said Rodriguez. "However, even one shot provides some protection, so even now there is time to get some benefit."

It is true that the flu shot does not guarantee protection against the virus -- the vaccine has been about 60 to 70 percent effective in recent years, according to LaPook.

Dr. William Shaffner, an infectious disease researcher at Vanderbilt University who served on the committee that decided what went into the vaccine, told the CBS Evening News Wednesday that this year's shot is well-matched to most of the strains out there.

One misconception about the shot, LaPook notes, is people will get the flu after getting vaccinated. The CDC told him that's not true, but the vaccine can cause a reaction that might cause flu-like symptoms such as aches, pains and a low-grade fever. The symptoms typically go away in a day or two.

Besides vaccination, maintaining proper hygiene with everyday actions such washing hands with soap and water, avoiding close contact with sick people, keeping your hands out of your eyes, nose and mouth could reduce risk.