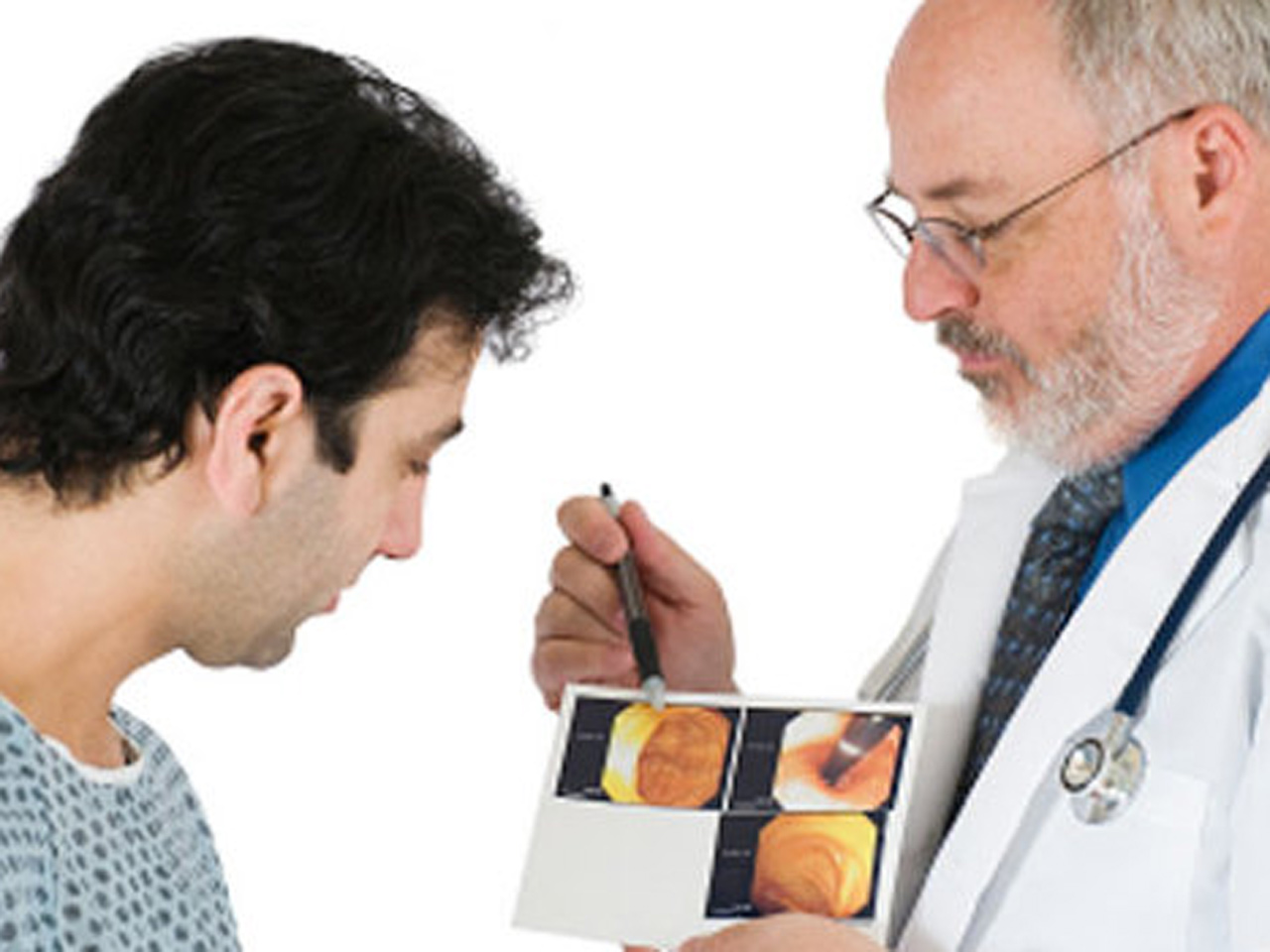 Up to 23 million people may be at risk for colorectal cancer and not even know it because they're skipping screening tests, the Centers for Disease Control and Prevention announced Tuesday in a new report.

The CDC's Vital Signs report, published Nov. 5 on the agency's website, found one in three adults between the ages of 50 and 75 are not getting tested despite the medical guideline screening recommendations for their age groups.

The percentage of that age group with up-to-date recommended screenings increased from 54 percent in 2002 to 65 percent in 2010, primarily through increased use of colonoscopy over that time. The new report -- which looked at 2012 statistics -- found that the rates were about 65.1 percent last year, which may suggest a leveling off.

CDC director Dr. Tom Frieden told reporters Tuesday that it's a "really disturbing fact" that screening rates remained lower than they should be when it is known that colorectal cancer tests can save lives.

Colorectal cancer is a cancer that starts either in the colon (large intestine) or the rectum. Most start as growths on the inner lining of these areas, called polyps. Certain types of polyps called adenomas can become cancer.

More than 50,000 people will die from colorectal cancer, the leading killer of non-smokers in the country, Frieden pointed out.

That's where screening comes in -- taking out a polyp early when it is small may keep it from becoming cancer, according to the American Cancer Society.

About 90 percent of people live five years or more when their colorectal cancer is found early through testing.

A recent study found more evidence that colorectal cancer risk may be cut by as much as 40 percent with colonoscopy screenings.

Frieden emphasized that while colonoscopy is the most common test, there are other options. The less-invasive at-home blood stool tests -- the guaiac fecal occult blood test (FOBT) or the fecal immunochemical test (FIT) -- are just as effective for healthy adults who may not prefer the colonoscopy.

Those tests, which can be obtained from a doctor, look for presence of blood in stool at home and a positive finding may warrant a trip back to the doctor for a follow-up scope like a colonoscopy.

The other option is the seldom-used sigmoidoscopy, which differs from a colonoscopy. Sigmoidoscopies use a tiny camera in a tube that is 2 feet long to look for cancer towards the lower part of the colon, whereas a colonoscopy examines the entire colon.

"The bottom line is the best test is the test that gets done," said Frieden.

The U.S. Preventive Services Task Force, a panel of medical experts who advise the government on treatment guidelines, recommends screening with any of the three recommended tests from age 50 to 75. The frequencies vary depending on the method: every year with the stool blood test, every five years with a sigmoidoscopy combined with stool blood testing every three years, and up to every 10 years with a colonoscopy.

About 62 percent of people who undergo screening get the colonoscopy, followed by about 10 percent for the fecal blood tests and less than 1 percent undergo sigmoid screening, the CDC said.

Some people who are higher risk due to family history of colorectal cancer or polyps may be told to get more frequent screenings, begin screening at earlier ages, or stick to the colonoscopy screening method.

"Colonoscopy is clearly preferred for high-risk people," said Frieden. "But for others, there's not a huge difference."

There isn't a major cost difference between the tests, the officials noted. The blood test may be cheaper, but it has to be taken every year, while a more expensive colonoscopy may not have to be taken for up to 10 years.

Some doctors may prefer the colonoscopy, but one of the reasons the agency released this report is to tell clinicians the other tests are just as good for most people, said Dr. Marcus Plescia, director of the CDC's division of cancer prevention and control.

The report also looked at statewide screening rates, and found Massachusetts had the highest rate with 76.3 percent of adults between 50 and 75 screened, while the lowest was in Arkansas, with a 55.7 percent screening rate.

Key ways to boost screening rates include getting doctors to talk more to their patients about getting tested and the options for screening, utilizing health care systems to send out mass mailers or alerts to patients who should get tested and follow-up to make sure they adhere, or have more public health outreach campaigns to raise awareness.

The top barrier for screening, the CDC said, is that a doctor didn't give advice to a patient that they should get a test. About two out of three of all adults who have never gotten screened said they have a regular doctor and health insurance.

Frieden hopes the Affordable Care Act's implementation will allow even more people to get into the doctor's office.

"Through ACA, more Americans will have access to preventive colon cancer screening at no cost to the patients," he said.

The CDC has more information on how to choose the right test for colorectal cancer screening.

How to help someone in cardiac arrest
Ryan Jaslow