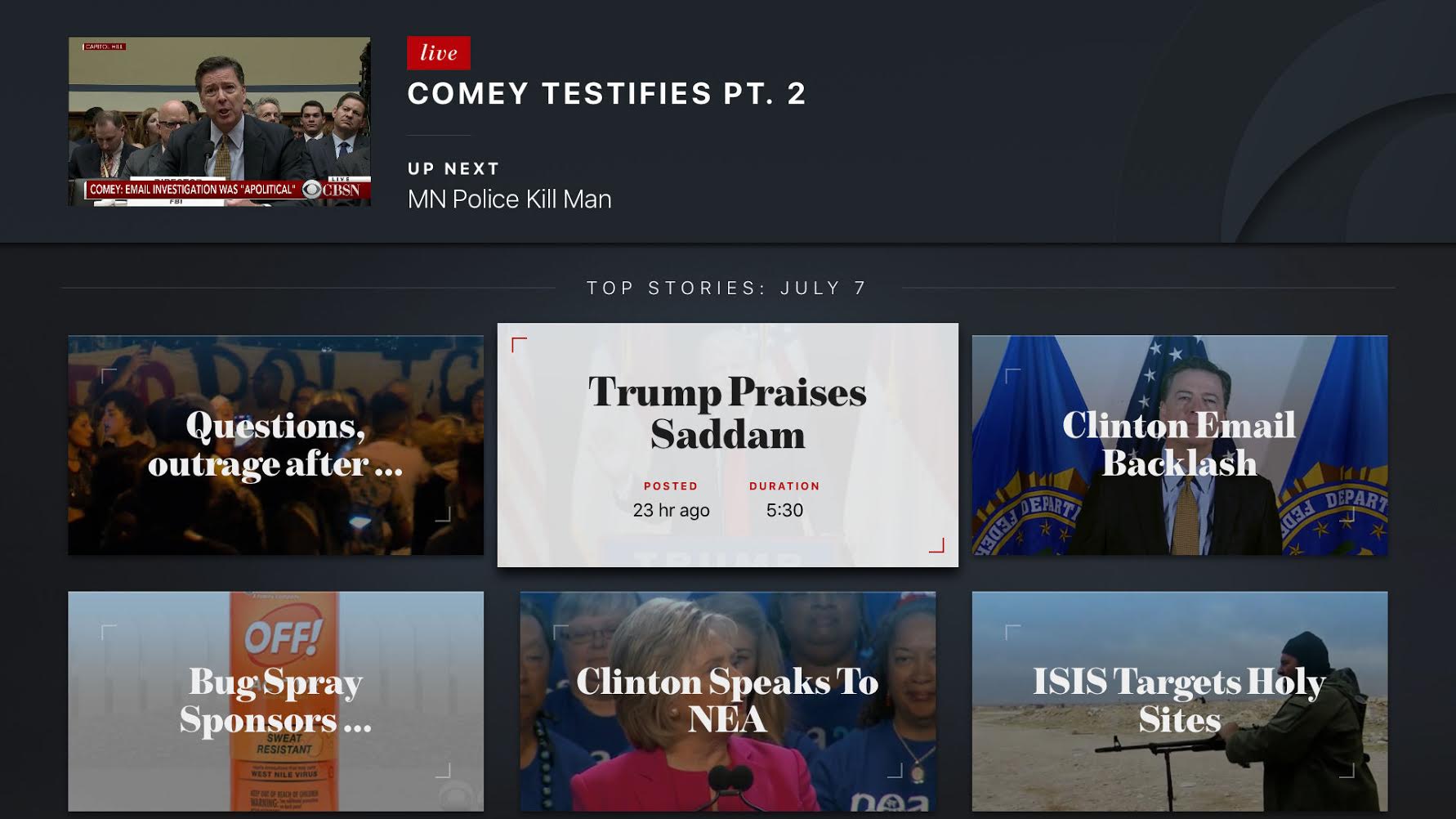 The app's focus on live video helps viewers to never miss out on breaking news or the day's biggest stories.

CBSN sees the highest engagement levels on connected TVs, with almost half of all video streams originating from a connected TV device.

"Our Apple TV app represents the future of how viewers will consume and interact with video," Christy Tanner, senior vice president and general manager of CBS News Digital, said. "We are taking advantage of the platform's cutting-edge, interactive technology to offer a customizable experience."

"The CBS News app on Apple TV delivers the full breadth of our original reporting and live, anchored streaming coverage combined with a layer of editorial curation, giving news consumers unprecedented flexibility and access to the stories they care about," Nancy Lane, senior executive producer of CBS News Digital, said.

With this launch, Apple TV users will have direct access to CBSN's wall-to-wall coverage from the Republican and Democratic National Conventions starting Monday, July 18. Josh Elliott, Elaine Quijano and Vladimir Duthiers will anchor CBSN's coverage from Cleveland and Philadelphia, which starts at 7:00 PM ET each night. Coverage will span from inside to outside the convention halls to give audiences deep reporting on the events and issues involved in the nominating process.