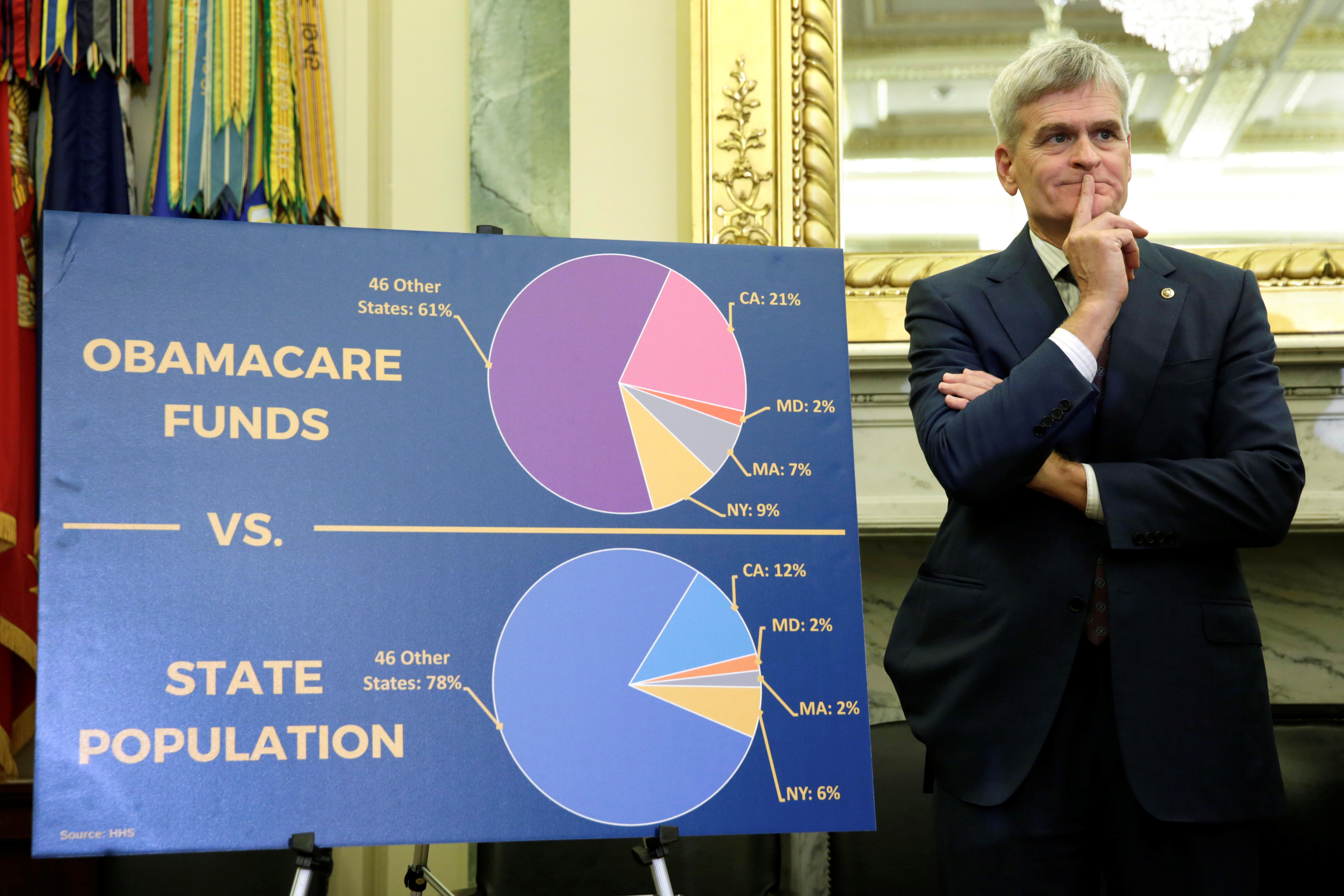 "Millions fewer" people would have comprehensive health insurance over the next decade under the Graham-Cassidy plan to repeal Obamacare, compared with the current baseline projections for every year over the next decade, according to a preliminary analysis released Monday by the nonpartisan Congressional Budget Office (CBO) and the Joint Committee on Taxation (JCT).

There are three reasons the CBO cites for the reduction in covered Americans:

CBO projects that "the decrease in the number of insured people would be particularly large starting in 2020." That's when Graham-Cassidy would make "major changes to funding for Medicaid and the nongroup market." CBO and JCT also expect problems in implementing the plan, as well as market disruptions, because of the short planning time given for planning between now and 2020.

The budget scorekeeper, along with the staff of the Joint Committee on Taxation, estimate that the legislation would reduce the on-budget deficit by at least $133 billion. An exact number of those without comprehensive health insurance is not yet known due to the last-minute nature of the CBO's score.

The reason for the budget savings is that the federal funding for the new block grants between 2020 and 2026 "would be smaller than the reduction in net federal subsidies for health insurance." Under Graham-Cassidy, funding would "shift away from states that expanded eligibility for Medicaid under the Affordable Care Act (ACA) and toward states that did not."

A revised version of the bill, proposed by Sens. Bill Cassidy, R-Louisiana and Lindsey Graham, R-South Carolina, was released Sunday night in an effort to win over the senators from Arizona, Alaska, and Maine. It has a new funding formula, CBS News' Nancy Cordes reports, and in this version, those three states will actually end up with more funding than under the previous version. The original version slashed funding for about 35 states.

Republicans can only afford two defections since all Democrats are expected to oppose the bill. Republicans need most of their 52-member conference -- at least 50 votes -- to pass the bill. Vice President Mike Pence can break a tie if necessary.

McCain announced in a statement Friday that he opposes the last-ditch effort because it wasn't done through regular order. He helped deliver the deciding blow to GOP leadership's last effort to repeal Obamacare at the end of July, shocking the political world with his thumb's down. McCain, who was diagnosed with an aggressive form of brain cancer over the summer, delivered a dramatic floor speech the day he returned to the Senate in which he urged members of his own party to return to "regular order" and to seek bipartisan solutions.

Shortly after the release of the CBO's score, Sen. Susan Collins of Maine announced in a statement that she opposes both version of the bill, saying "The CBO's analysis on the earlier version of the bill, incomplete though it is due to time constraints, confirms that this bill will have a substantially negative impact on the number of people covered by insurance."

Collins had told CBS' "Face the Nation" on Sunday that she wanted to wait until the CBO released its scoring, but said it was hard envisioning getting to "yes" on Graham-Cassidy.

Here's what the CBO said about earlier versions of Obamacare repeals: