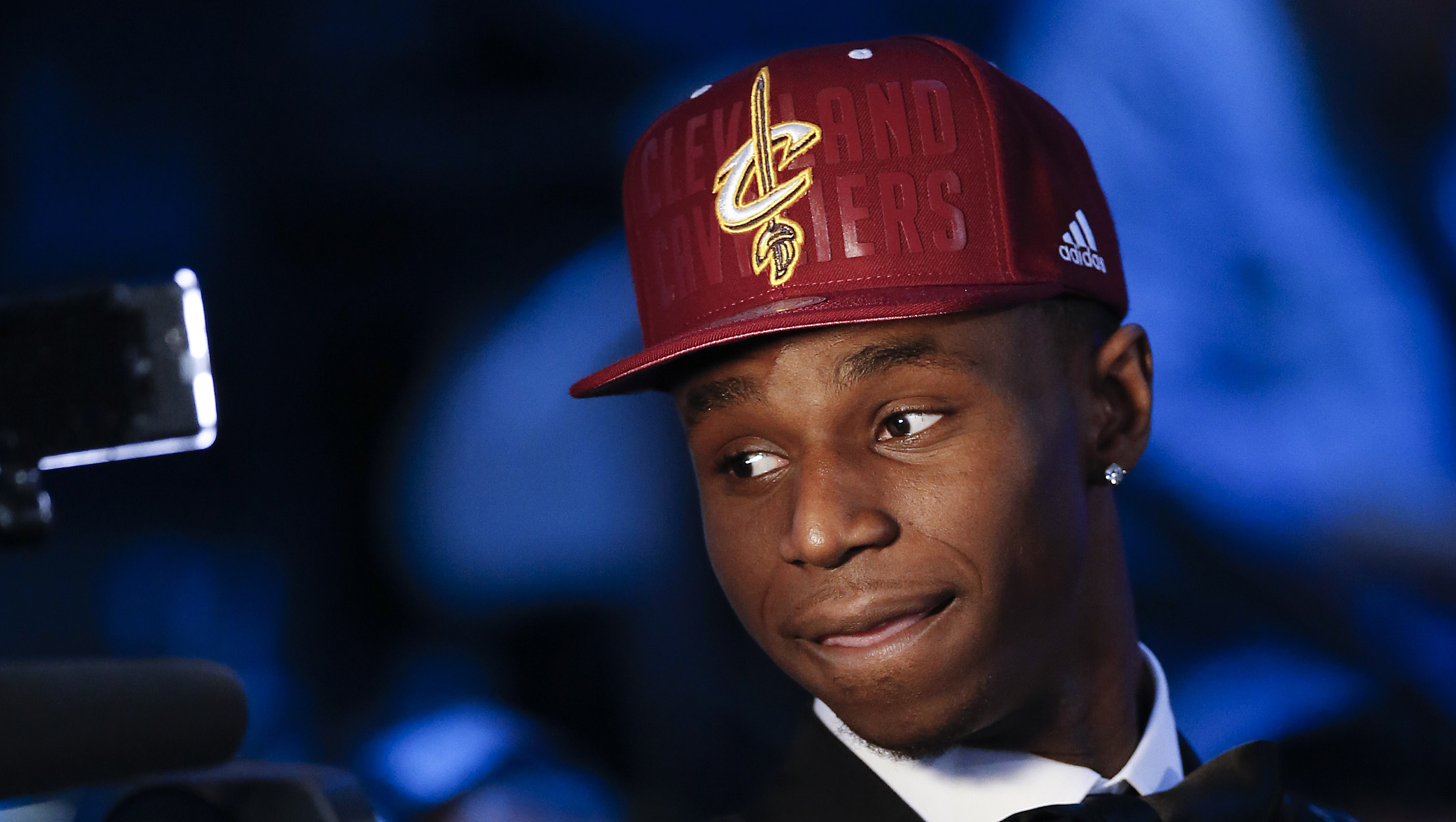 NEW YORK - Andrew Wiggins of Kansas was selected by the Cleveland Cavaliers with the No. 1 pick in the NBA draft on Thursday night.

The Cavs went for a freshman from Canada to open the draft for the second straight year and will hope Wiggins works out better than Anthony Bennett.

Bennett was injured last summer, came into the season out of shape and made no impact, one of the reasons the Cavs were back in this spot again.

But Wiggins seems a much more ready product after averaging a Kansas freshman-record 17.1 points. He might have ended up as the top pick anyway, but became the best option for the Cavs when Jayhawks teammate Joel Embiid suffered a stress fracture in his right foot shortly before the draft.

Wearing a black tuxedo jacket with a white floral pattern, the guard slipped on a maroon Cleveland hat, hugged his supporters and went on stage to shake hands with Commissioner Adam Silver, who was calling the first round for the first time since replacing David Stern.

Milwaukee followed with another freshman, Duke forward Jabari Parker, who on Wednesday disputed that he was out of shape for his workout with Cleveland and performed poorly.

Embiid went third to Philadelphia, drawing loud cheers from the many red-and-blue dressed 76ers fans who made the trip to Barclays Center in Brooklyn, as well as from Philadelphia guard Michael Carter-Williams, last season's Rookie of the Year who was sitting on the arena floor level.

The 76ers had two top-10 picks and could afford to take a chance on Embiid, the big man who may have ended up the top prize despite his lone season at Kansas ending early because of a bad back. But once the foot injury popped up during workouts, leaving his NBA debut uncertain after surgery, the two teams at the top passed.

Arizona forward Aaron Gordon went fourth to Orlando, which also had two picks in the lottery.