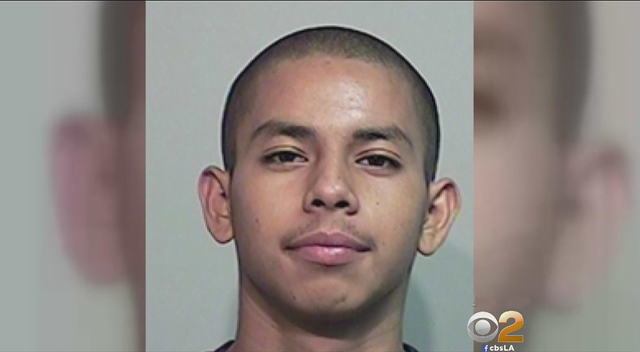 The attack unfolded around 7:30 p.m. Sunday after Jose Chacon lost his footing and fell onto Samuel Alvarez's vehicle, according to police. Alvarez, 18, allegedly swung an aluminum bat across Chacon's face, shattering his jaw and breaking several teeth.

Police say that Chacon grabbed a pipe from his truck -- in self-defense -- but he was unable to fend off the attack. The last blow knocked him to the ground.

"My dad was able to defend himself and he got hit in the arm and the second one was to his face," Vanessa Chacon Johnson, the victim's daughter, told CBS Los Angeles.

Police say Alvarez is known to frequent the area of 3900 West Fifth Street in Santa Ana, according to the station. The investigation is ongoing.

According to hospital officials, Chacon is recovering and will undergo surgery on Thursday, reports CBS Los Angeles.

Anyone with more information as to the suspect's whereabouts is asked to call Detective Capacete at (714) 245-8506.