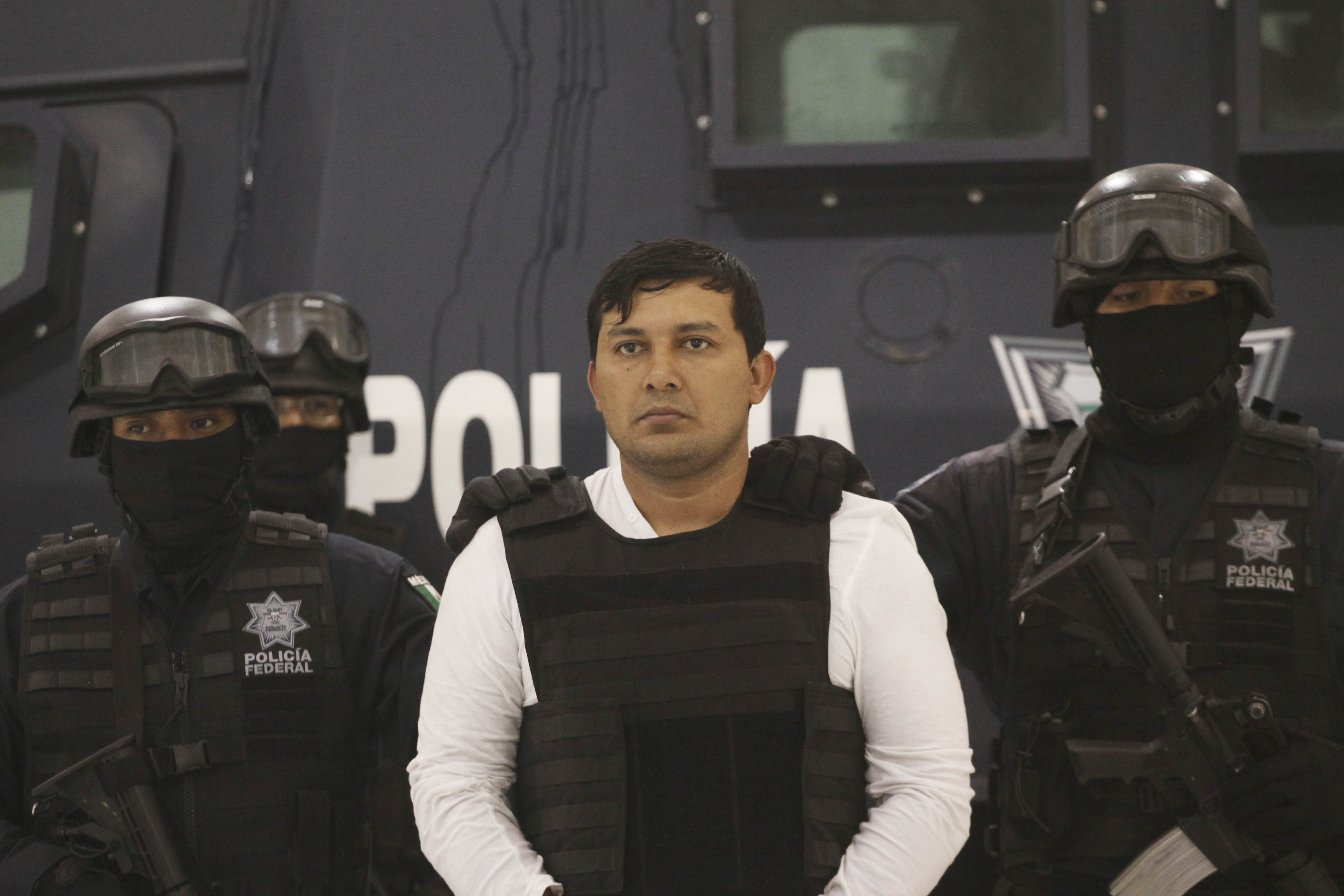 MEXICO CITY - Mexican authorities said Monday they have arrested a co-founder of the Zetas drug cartel who is suspected of involvement in the killing of a U.S. customs agent.

Jesus Enrique Rejon Aguilar is identified as third in command of the criminal organization founded by former elite soldiers. Over the course of a decade, it went from being the military arm of the Gulf Cartel to its own drug-trafficking organization.

Rejon was one of Mexico's most-wanted men and the U.S. State Department had offered a $5 million reward for information leading to his arrest.

Mexican federal police said he was captured "without gunfire" outside Mexico City in the town of Atizapan on Sunday. He was presented to reporters and photographers Monday.

U.S. Immigration and Customs Enforcement agent Jaime Zapata was shot to death and Victor Avila wounded in February while driving on a highway in San Luis Potosi state.

A week after the attack, police arrested Julian Zapata Espinoza, an alleged Zeta hit man considered one of the agents' primary attackers. He told authorities that they had attacked by mistake because the Zetas thought the agents' car belonged to a rival gang.

Rejon entered the Mexican Army in 1993 and three years later joined an elite unit. In 1997, he was assigned as an agent of the Attorney General's Office in northern Mexico.

Two years later, he deserted and is alleged to have then helped found the Zetas, at first working as security for the head of the Gulf Cartel.

The Zetas are blamed for much of the violence that has left more than 35,000 dead since December 2006, when President Felipe Calderon launched an offensive.