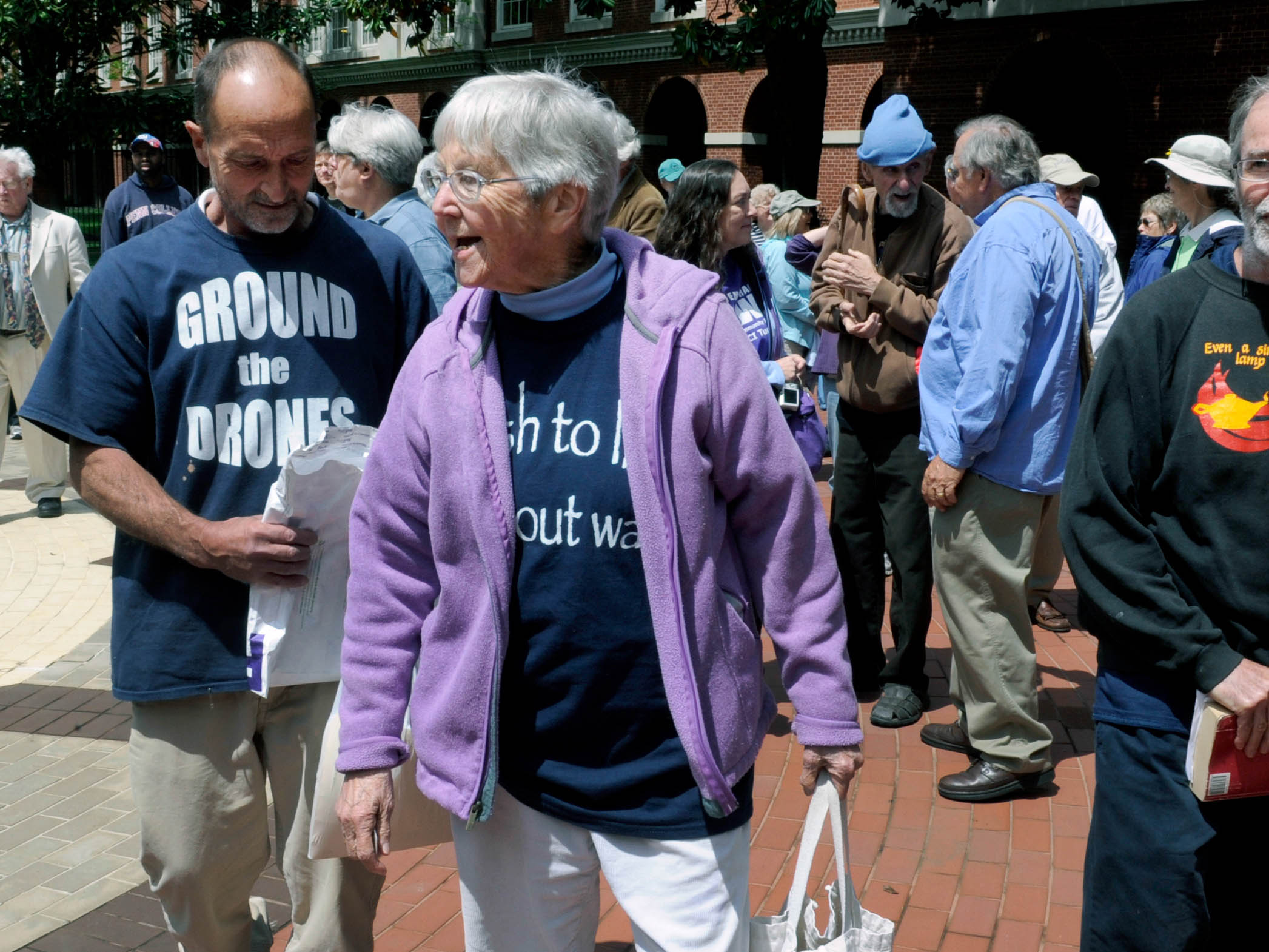 NASHVILLE, Tenn. - An 83-year-old Catholic nun convicted in a protest and break-in at the primary U.S. storehouse for bomb-grade uranium will find out Tuesday whether she spends what could be the rest of her life in prison.

Sister Megan Rice is one of three Catholic peace activists convicted of sabotage last year after they broke into the nuclear weapons plant in Oak Ridge, Tenn. Sentencing for all three is scheduled for 9 a.m. Tuesday at U.S. District Court in Knoxville.

The government has recommended sentences of about six to nine years each for Rice, Michael Walli and Greg Boertje-Obed. It also is seeking restitution of nearly $53,000 for damage incurred when the three cut through fences and painted slogans on the outside wall of the uranium processing plant. The protesters also splattered blood and hammered on the wall.

The activists are asking for leniency. They say their actions at the Y-12 National Security Complex were symbolic and meant to draw attention to America's stockpile of nuclear weapons, which they call immoral and illegal.

"These people have been committed peace and justice advocates for decades," defense attorney Bill Quigley said.

He noted that there is no minimum sentence, so the judge has a lot of discretion. The activists have been in prison since they were convicted last May, and it is possible that they could be sentenced to time served.

However, U.S. District Judge Amul Thapar has refused previous requests for leniency from the defendants, including his decision that they would remain jailed until sentencing. In a ruling last October denying requests for acquittal and a new trial, Thapar wrote, "The defendants are entitled to their views regarding the morality of nuclear weapons. But the defendants' sincerely held moral beliefs are not a get-out-of-jail-free card that they can deploy to escape criminal liability."

Since their convictions last May, the activists have presented the judge with thousands of support letters from around the world, which Quigley called the greatest show of support he has seen in his two decades of working with protesters.

"I think that is mostly because of Sister Rice," he said. "She's very well loved and has lots of people praying for her and supporting her."

One of the letters entered into the court record is from a nun in London, Sister Katharine Holmstrom.

"Your court faces a great challenge - making a careful distinction between persons who act in clear conscience, guided by a moral vision, and others whose actions may be self-serving or maleficent in nature," she wrote to Thapar. "In cases like these, the law is sometimes incapable of making such distinctions. The heavy burden of seeking a just disposition then falls to the jurist who will render a sentence."

Another letter is from Rice herself, in which she states, "As a defendant, I ask only that you allow your conscience to guide you."

Quigley said he has spoken with all three defendants, and they are prepared for the possibility of longer sentences.

"Sister Rice has said that if the judge lets them go, that's great, but if the judge sentences her to 10 years in prison and she has to die in prison, that's OK also," he said.