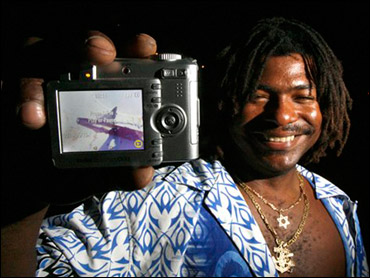 Florida authorities say a commercial fisherman reeled in a live missile in the Gulf of Mexico and kept it on his boat for 10 days.

The sheriff's office in Pinellas County say the boat's captain, Rodney Salomon, hooked the air-to-air guided missile 50 miles off the Panhandle town of Panama City. The Air Force and Navy use Gulf waters off the Panhandle for weapons training.

Salomon had the missile aboard his boat for 10 days before returning Monday to port in Madeira Beach, near St. Petersburg.

A bomb squad was called in from MacDill Air Force Base and dismantled the missile in an empty parking lot.

The bomb squad said the missile was very corroded from floating in saltwater for a long time. They said it was live and in a very unstable state.