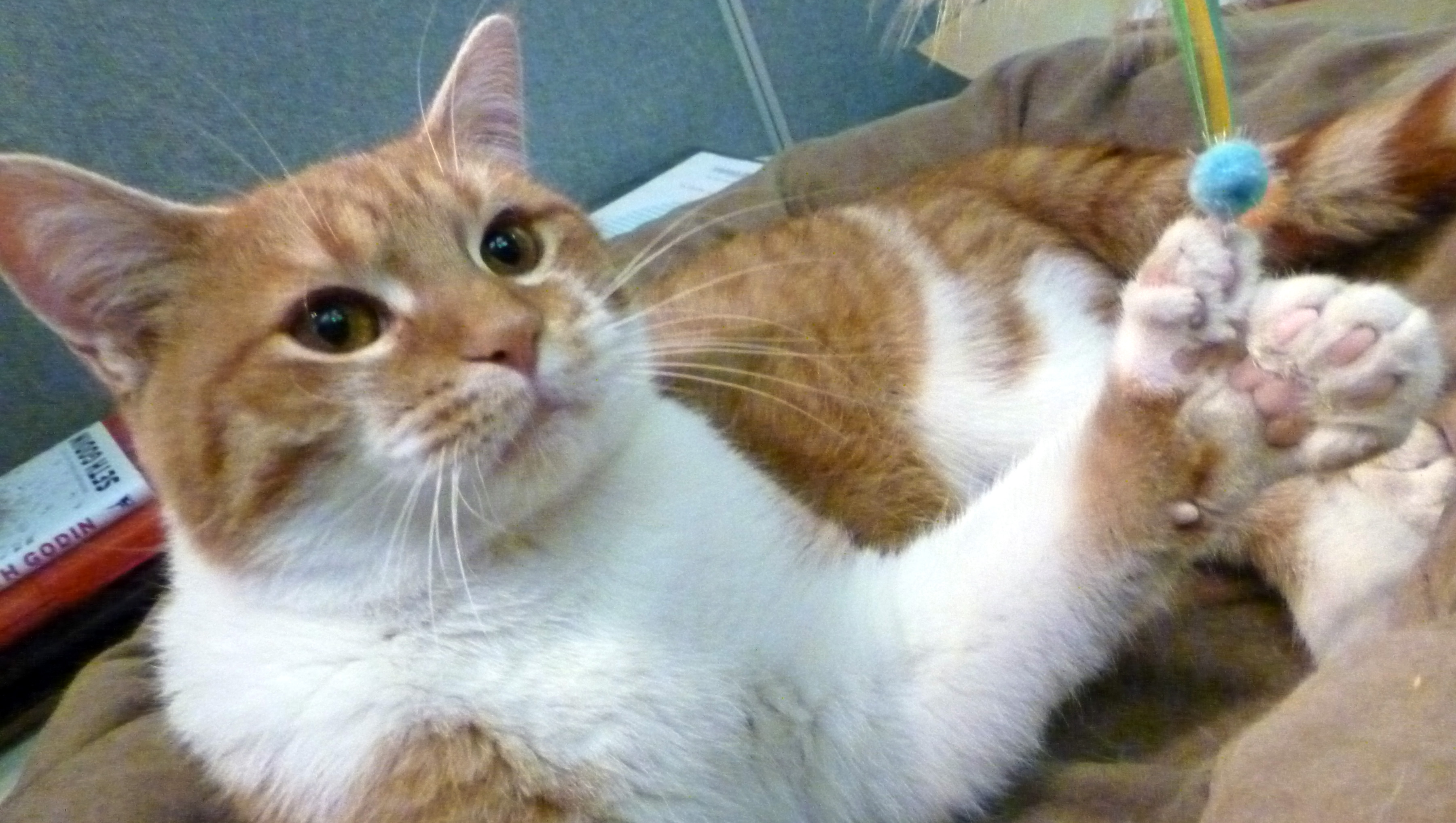 GREENDALE, Wisc. - In a reversal of fortunes, a once-unwanted cat has come to the rescue of an animal shelter in need of a new home.

However, this orange-and-white tabby named Daniel is no typical cat. He has a near-record 26 toes, a phenomenon that is helping the nonprofit Milwaukee Animal Rescue Center raise money to relocate to a new building.

Normal cats have 18 toes, but Daniel has two extra on each foot due to a genetic mutation called polydactylism.

Officials at the center found out their rent at a Milwaukee-area mall was being doubled on Jan. 1. So, the shelter is buying a new building and is seeking small donations of $26 -- or $1 per toe.

"I've always been a firm believer that everything happens for a reason and this is definitely the case," said Amy Rowell, owner of Milwaukee Animal Rescue Center.

She found Daniel in October at animal control when she went to pick up another cat. As she bent down to that cat's cage, Daniel stuck his paw out and poked her head.

"He was very clearly saying, `I need to be rescued, I'd like to be your friend, please pay attention to me,"' she said. "And when a sign is that obvious, we tend to not ignore it."

The shelter takes in animals that might otherwise be euthanized.

Daniel was originally going to be adopted out, but Rowell has decided to keep him as a shelter mascot.

"He runs and he plays and he climbs, he uses a scratching post. He seems to be not bothered by it at all," Rowell said.