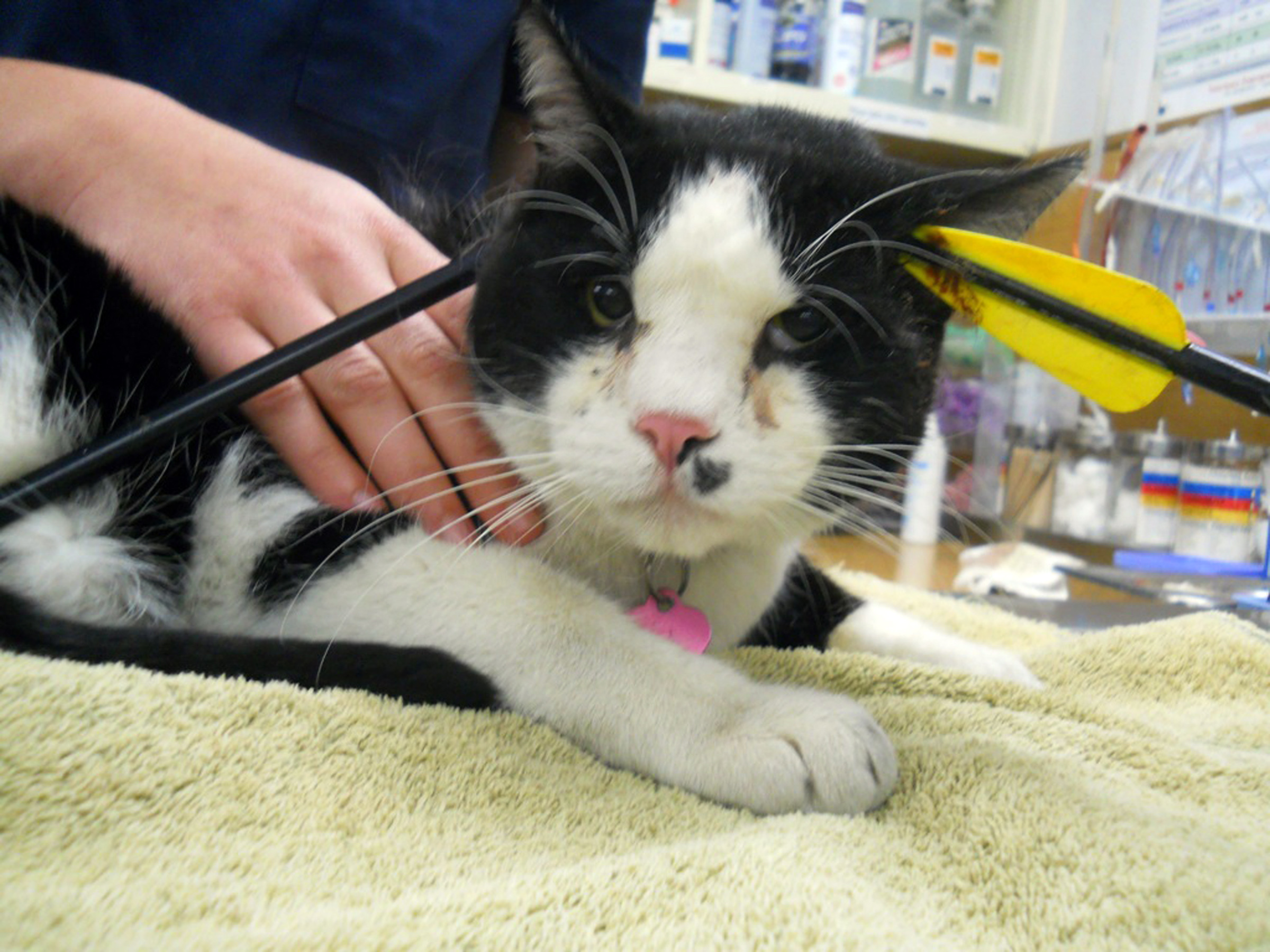 SAN FRANCISCO - A Northern California cat found with an arrow sticking through one ear and into its head was recuperating Tuesday after surgery at a veterinary hospital.

Nancy Paquin, the owner of "Max," said the cat had been gone all weekend when it showed up at the family home in Santa Cruz Sunday night. Paquin's husband let the cat inside the house, and that's when the couple saw the protruding arrow.

"It went to the food bowl to eat and he had this arrow in his head," she said. "It's the worst thing I've ever seen done to an animal."

The cat was shot with a 12-inch arrow that appeared to come from a crossbow, Santa Cruz County Animal Services Manager Todd Stosuy said. No arrests have been made, but animal control officers have been canvassing the area around the cat's home, trying to identify suspects.

The cat was taken to the Santa Cruz Veterinary Hospital where X-rays showed the arrow had entered the base of its head. After veterinarians removed the arrow, the three-year-old housecat seemed to be fine — except for the hole through its ear.