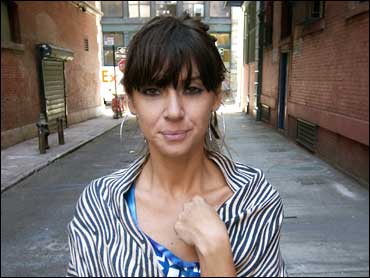 The Shortlist, now in its sixth year, honors acts who have made sterling albums but have not hit the mainstream. Its jury of nine included journalists and musicians, including KT Tunstall and rockers Franz Ferdinand.

"Cat Power's album quickly got under my skin," Tunstall said of Power's critically acclaimed "The Greatest."

"She has one of the most beguiling voices around. 'The Greatest' is an immediate classic that will never age."

Power's real name is Chan Marshall, a Georgia native who launched her career in Atlanta in the early '90s before moving to New York.

Marshall is a past finalist for the Shortlist. She received perhaps the most acclaim of her career for "The Greatest," which featured her singing with the backing of Memphis blues vets. The album also marked a new chapter in her personal life; she's said she quit drinking and abusing drugs, and her stage performance, which was sometimes marred by tantrums on stage, flourished.

Previous winners include Sigur Ros, N.E.R.D., Damien Rice, TV on the Radio and Sufjan Stevens, who was on this year's jury panel.

Shortlist has teamed up with iTunes and is featuring for the next week an exclusive track from Power that is not on "The Greatest."