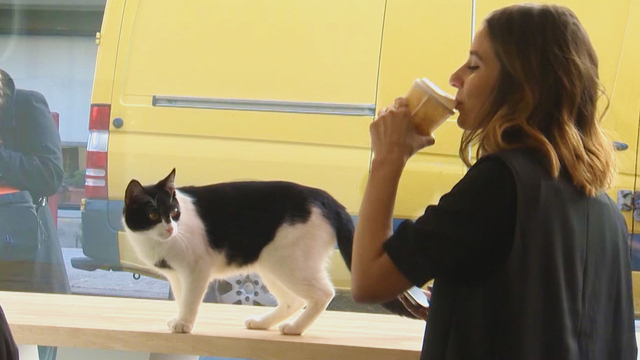 Cat cafes are popular overseas. Now, they're starting to take off in the U.S. CBS News' Naomi Choy Smith paid a visit to the Meow Parlor, which just opened in New York City.

"I think people will come in here because they want a hug, they want a lap cat and they just want a break from New York City lifestyle," owner Christina Ha said.

Wildly popular in Asia for years, cat cafes have now opened in Paris and Oakland, California.

Watch the full report in the player above.