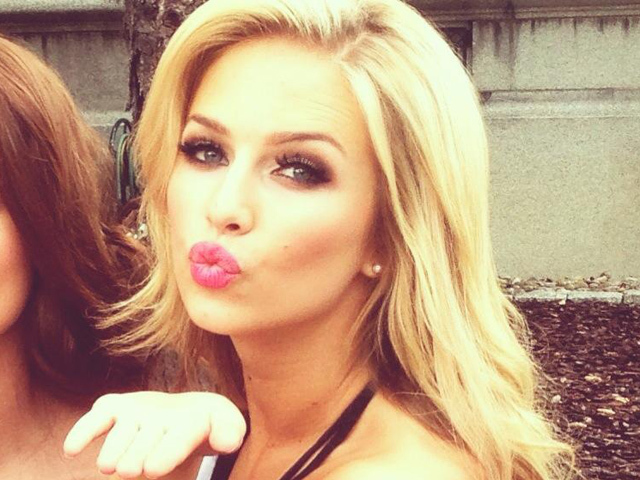 (CBS/AP) TEMECULA, Calif. - The FBI is investigating claims made by the newly-crowned Miss Teen USA, Cassidy Wolf, that she was the victim of a cybercriminal who hacked into her computer and attempted to extort her in exchange for keeping nude photos private.

Agents believe they've identified a suspect in the alleged "sextortion" scheme, FBI spokeswoman Laura Eimiller said Friday. No arrest has been made.

The 19-year-old, who has said she would use her fame to advocate against cybercrime, said she received an anonymous email several months ago in which the sender claimed to have stolen images from the camera on her home computer.

Wolf said in media interviews that she received an anonymous email from someone claiming to have nude photos of her taken with her computer's webcam, the LA Times reports.

Wolf also said the emailer tried to extort her in exchange for keeping the photos private, reports the paper.

Instead, Wolf went to police.

"Many victims are embarrassed or keep it to themselves," Eimiller said. "Coming forward is key to stopping the criminal activity."

Based on an investigation launched in March the FBI believes there are more than a dozen victims in all - from Riverside County, where Temecula is located, and beyond, Eimiller said.

Wolf has said she will continue her advocacy work surrounding cybercrime awareness during her reign as Miss Teen USA.