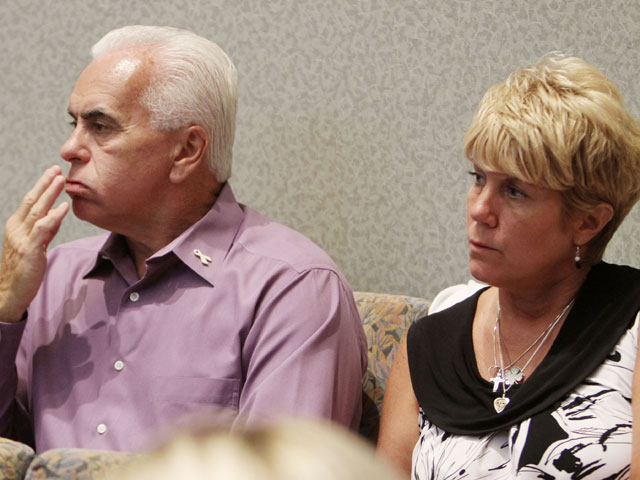 (CBS/AP) ORLANDO, Fla. - The Orlando house where Casey Anthony lived with her parents and 2-year-old daughter is facing foreclosure.

A lender filed a foreclosure complaint against Anthony's mother, Cindy, earlier this month.

Nationstar Mortgage says Cindy Anthony owes almost $129,000 on the house. The lender says it hasn't received a payment since 2011.

Casey Anthony lived in the house with her daughter, Caylee, and her parents until 2008 when she was arrested in the toddler's killing.

Anthony was acquitted of murder at her 2011 trial. She has remained in hiding since.

The house also was searched by detectives investigating the disappearance and the toddler's remains were eventually found in woods near the home. Items seized from the house were used as evidence at trial.

The parents' attorney didn't immediately respond to an email or phone message.

According to the Orlando Sentinel, this isn't the first time Cindy and her husband George have faced financial problems. The foreclosure process was initiated against the couple in February 2011, but later dismissed.

At the time, Cindy Anthony reportedly claimed her life had been in turmoil because of her granddaughter's death and the criminal charges against her daughter. She said she had been unable to work.

Casey Anthony is facing her own financial problems. She filed for bankruptcy in January in Tampa, listing more than $792,000 in debt.