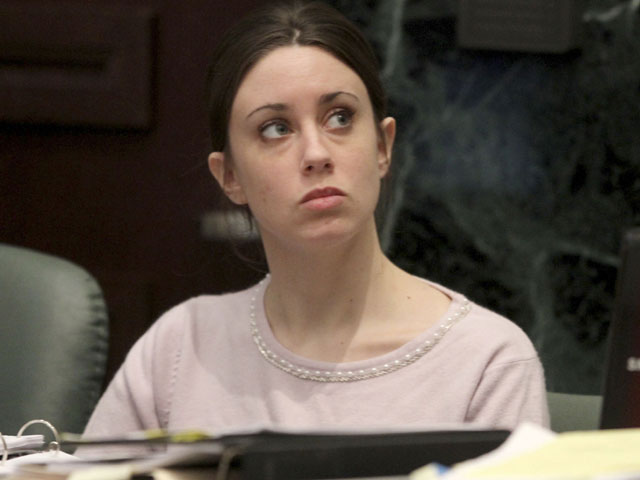 (CBS/WKMG) ORLANDO, Fla. - On day 29 of the Casey Anthony trial the defense called Dr. Kenneth Furton, a professor of chemistry, who claims a prosecution witness's method for determining human decomposition was flawed.

Furton studies chemistry of human decomposition and the scent of human remains and was accepted as a forensic chemistry expert, reports CBS affiliate WKMG.

He testified that many of the compounds that were found in the trash of Anthony's trunk are the same that Dr. Arpad Vass is relying on to claim that there was a decomposing body in the trunk, reports the station.

Vass has previously testified that air samples taken from the trunk of Anthony's car indicate human decomposition had taken place. He also said there was an unusually high level of chloroform in the air sample.

"It's my expert opinion that there's currently no instrumental method that has been scientifically validated to the level that it could be used to identify the presence or absence of human decomposition," Furton said, according to the station.

Several other state witnesses, including an entomologist and an FBI hair and fiber analyst, testified that evidence in the trunk shows a decomposing body was placed there for several days.

Lead detective Yuri Melich was the defense's first witness of the day. The defense questioned him about why he did not request phone transcripts for Roy Kronk through December 2008. Kronk is the meter reader who found Caylee's body on Dec. 11, 2008, reports the station.

The defense claims that Kronk placed Caylee's body in the woods, so he could receive the reward money for finding the toddler.

Melich said he requested Kronk's records from June and July. Melich previously testified that he requested the records through December 2008, but on Monday acknowledged that he misspoke. He clarified that the error was not intentional, but the result of testifying on an extensive, three-year investigation, the station reports.

Kronk had reported finding a body in the same location in August 2008, but the deputy dispatched to look into his claim said he found nothing.

When attorney Jose Baez asked Melich if any of the Anthony family's cars were searched by cadaver dogs, he said no. During cross-examination, prosecutor Linda Drane Burdick pointed out that the other Anthony cars were not searched because none were reported to smell of a dead body.

Anthony, 25, has pleaded not guilty to first-degree murder and could face the death penalty if convicted of that charge. Her defense attorneys claim Caylee Anthony accidentally drowned in the family's swimming pool.