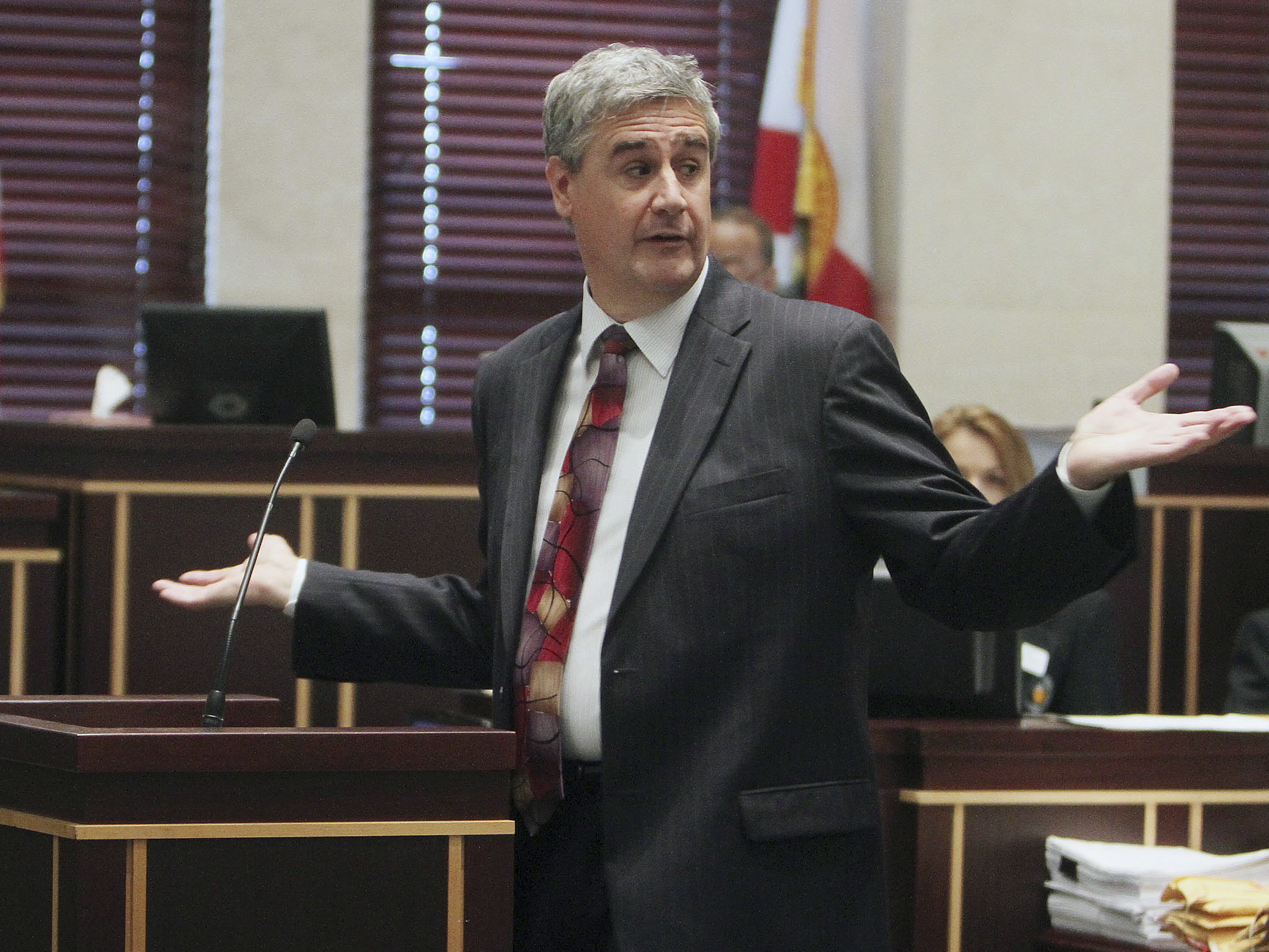 (CBS/WKMG/AP) ORLANDO, Fla. - Prosecutor Jeff Ashton began closing arguments Sunday morning in the Casey Anthony murder trial by showing jurors a video of Anthony playing with her daughter, Caylee, Ashton emphasized that being a parent was sometimes easy, but it also requires sacrifice.

"When you have a child, that child becomes your life. This case is about the clash between that responsibility, and the expectations that go with it, and the life that Casey Anthony wanted to have," Ashton said, reports CBS affiliate WKMG.

Ashton said Casey Anthony used lies to solve problems, and that she changed them as her problems evolved.

"It is the pattern and the reason that she lies that is important in this case," Ashton said.

Ashton said Casey Anthony created a web of lies to suit her lifestyle. He said she created a fake job as an event coordinator at Universal Studios and a nonexistent nanny named Zanny to explain where she was when she was actually with her friends or boyfriends, the station reports.

Ashton said as Caylee began to talk, she would be able to tell her grandmother, Cindy Anthony, that they had stayed at Casey Anthony's boyfriend's apartment, not with her nanny.

"When Casey is faced with a problem, her solution is to change her lie," Ashton said.

Ashton said Casey Anthony was presented with a new lifestyle when she met her boyfriend and club promoter, Tony Lazzaro, in May 2008, the station reports.

Ashton said Casey Anthony knew on the morning of June 16, 2008, when she told her parents she and Caylee would be staying at the nanny's house, that she was going to kill Caylee.

Ashton explained that after Casey Anthony killed Caylee she made up lies about her whereabouts to keep her mother satisfied with not seeing Caylee. He said she told her mother she was in Tampa for a work conference, while she told her friends in Orlando that Caylee was with a nanny.

As Ashton laid out the timeline in the weeks following Caylee's death, he punctuated his points by noting that the entire time Caylee's body was decomposing nearby.

"She asked a neighbor to borrow a shovel because she thought briefly about burying Caylee in the backyard, just like they buried their family pets. Apparently that was too much work for her, so she threw Caylee's body in a swamp," Ashton said, reports the station.

Ashton said that Casey Anthony's MySpace password, "timer55," was her acknowledgement that she could only hold off her mother for 55 days, until Caylee's 3rd birthday, without Cindy Anthony demanding to see Caylee.

Cindy Anthony and her husband, George Anthony, retrieved Casey Anthony's car from a tow yard, where it had been for weeks, on July 15, 2008, Ashton explained. George Anthony testified that the trunk of the car smelled of human decomposition.

"Had they not gotten this car, Casey would have continued this [her stories] at least until Caylee's birthday and beyond ... but the car made that impossible," Ashton said.

Ashton explained that when Casey Anthony's mother pressed her to see Caylee, she came up with a new lie, that Zanny the nanny had kidnapped Caylee 31 days prior, and that she had been conducting her own investigation.

But by July 17, investigators began to realize that the stories Casey Anthony had told about where she worked and where she had dropped off Caylee were a lie, Ashton said.

"Casey Anthony maintains her lies until they absolutely cannot be maintained anymore," Ashton said about Casey Anthony taking investigators all the way to an office at Universal, which was clearly not hers, before admitting she lied about working there.

Ashton then linked the rare duct tape found on Caylee's skull to gas cans found in the shed at the Anthony family home. Ashton lifted pieces of physical evidence, and showed photos of evidence as he worked to link the scene where Caylee's remains were found, to items in the Anthony home, including the bag Caylee's skeleton was found in, which had a duplicate at the home.

Casey Anthony closed her eyes and looked away for an extended period of time as Ashton presented the photos of Caylee's belongings.

Ashton touched on the defense's claims that George Anthony found Caylee's drowned body in the family pool and that the man who found Caylee's remains, Roy Kronk, had found Caylee's body months prior and staged the scene where he found her remains on Dec. 11, 2008.

"Look at the facts of this case, and you will see that there is absolutely no possibility, reasonably or otherwise, that George Anthony had anything to do with the disposing of this body," Ashton said, reports the station.

Ashton said DNA evidence proved that the hair found in the trunk had to belong to someone in the Anthony family, and it could not belong to Casey, Lee, or Cindy Anthony due to length or color, and must have belonged to Caylee.

Ashton said the defense will say that there is no proof of how Caylee died.

"There is no good reason to put duct tape over the face of a child," Ashton explained.

Ashton said he can only hope that Casey Anthony used chloroform on Caylee before putting tape on her mouth so that the toddler died peacefully.

At that point, Ashton concluded his closing arguments after just over an hour.