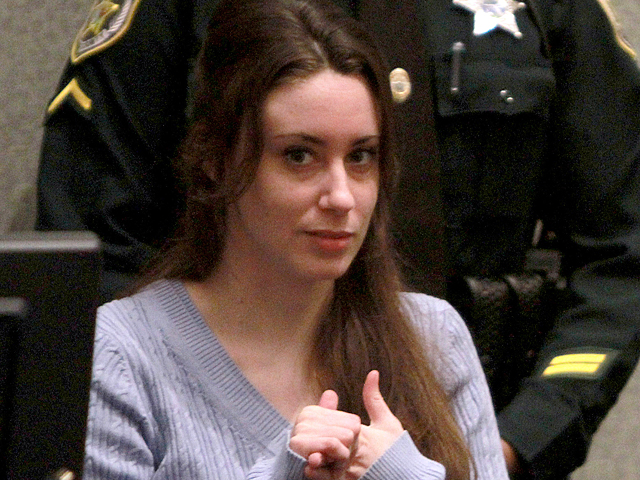 (CBS/AP) ORLANDO, Fla. - The Florida sheriff's office that investigated the disappearance of Casey Anthony's 2-year-old daughter overlooked evidence that someone in their home did a Google search for "fool-proof" suffocation methods on the day the girl was last seen alive.

Watch Crimesider's interview with Anthony's attorney, Jose Baez, where he discusses the Internet searches and other evidence that never made it to trial.

It's not known who performed the search, but the station reported that it was done on a browser primarily used by Caylee's mother, Casey Anthony, who was acquitted of the girl's murder in 2011.

Anthony's attorneys argued during trial that Casey Anthony helped her father, George Anthony, cover up the girl's drowning in the family pool.

Whoever conducted the Google search looked for the term "fool-proof suffication (sic)" and then clicked on an article about suicide that discussed taking poison and putting a bag over one's head, the station reported.

The browser then recorded activity on the social networking site MySpace, which was used by Casey Anthony but not her father.

A computer expert for Anthony's defense team found the search before the trial. Her lead attorney, Jose Baez, first mentioned the search in his book about the case but suggested it was George Anthony who conducted the search after Caylee drowned because he wanted to kill himself.

Not knowing about the computer search, prosecutors argued that Caylee was poisoned with chloroform and then suffocated by duct tape placed over her mouth and nose. The girl's body was found six months after she disappeared in a field near the family home and was too decomposed for an exact cause of death to be determined.

Prosecutors presented evidence that someone in the Anthony home searched online for how to make chloroform, but Casey Anthony's mother, Cindy, claimed on the witness stand that she had done the searches by mistake while looking up information about chlorophyll.

Baez told WKMG that he expected prosecutors to bring up the search at trial.

"When they didn't, we were kind of shocked," Baez, who no longer represents Anthony, told the station.

Prosecutor Jeff Ashton told WKMG it's a "shame" that they didn't have the suffocation search as evidence.

"This certainly would have put the accidental death claim in serious question," he said.

The sheriff's office didn't consult the FBI or Florida Department of Law Enforcement for help searching the computer in the Anthony case, a mistake investigators have learned from, Nieves said.