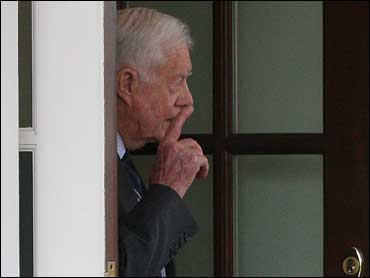 (AP)
Former President Jimmy Carter was seen at the White House this morning, where he spent about 90 minutes in the West Wing - most of it with National Security Adviser Jim Jones, reports CBS News White House correspondent Mark Knoller.

Mr. Carter's press secretary said Carter received a "private briefing ... as he has had with past administrations."