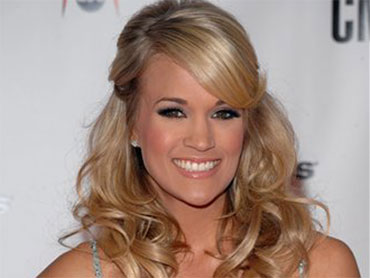 Carrie Underwood is trading walking the red carpet for walking down the aisle.

The country singer and her boyfriend, Ottawa Senators player Mike Fisher, are engaged, Fisher confirmed to the Ottawa Sun newspaper on Monday.

"It's true," said Fisher, according to the report. "We're both obviously excited and very happy."

Fisher said he popped the question on Sunday, but declined to give any more details.

According to Pink is the New Blog, Fisher's friend Colin Peters was the first to share the news, posting a congratulatory message for the couple on Twitter.

"Congratulations to mike fisher and Carrie underwood!" he Tweeted. "We got the call at our family Christmas get together."

But Peters may have jumped the gun on spreading the big news. His Twitter post - along with Peters' account on the Web site - was deleted shortly after.

Dating for about a year, the couple mainly tried to keep the romance out of the public eye. Before dating Fisher, Underwood was linked to football player Tony Romo and "Gossip Girl" star Chase Crawford.