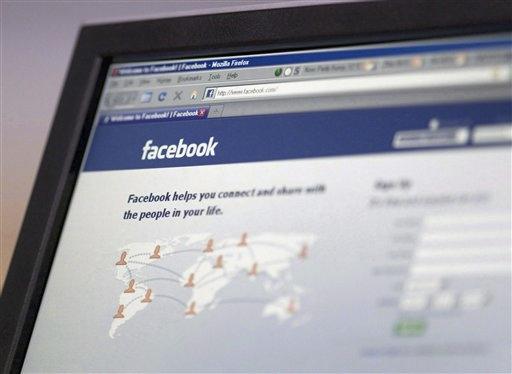 Carrie Fisher is part of Hollywood royalty, born to Debbie Reynolds and Eddie Fisher. Her own silver screen credits include Princess Leia in "Star Wars." Since then, she's written four novels, the most recent of which, "The Best Awful", tells the story of a Hollywood actress-writer and her struggles with bipolar disease.

Asked by The Early Show co-anchor Hannah Storm to explain the title "The Best Awful," Fisher explains, "When you're manic, in manic depression, it's fantastic. It's the best feeling you can get. It's liquid confidence. And it gets better and better, and better, and better, until it gets so good that it's just awful."

The book is a sequel to "Postcards From the Edge" and is a thinly veiled account of Fisher's struggle with bipolar disorder, also known as manic-depressive illness.

"When I was in the mental hospital, for research only," Fisher says, "I realized I was in a place that you have to write about. But I didn't want to write about it until I thought it was funny. I think it's the only way to survive.

"Absolutely no disrespect to the unbelievable difficulty so many people go through with this illness, myself included. But this illness, out of all the lovely illnesses you can get, is the best that you can get. You don't want to get schizophrenia. So when people offer you, say no. Just say no," she says with a smile.

Fisher writes that, to her character, Suzanne Vale, it seemed "hilarious that there was an illness whose symptoms were spending sprees, substance abuse, and sexual promiscuity. These didn't sound like symptoms at all - just a typical weekend in Vegas." But in the end, the heroine realizes this is a critical disease.

Suzanne's one constant ray of hope is Honey, her fair-haired, funny, smart, sweet daughter. In real life, Fisher's daughter, Billie, is 12 and though it is clear that her daughter did not inherit the disease, Billie has suffered from it indirectly, Fisher says.

"It was very difficult. I think it turned her into a little nurse," Fisher says. "She is very aware. The hairs on the back of her neck are trained to what's going on with me."

Fisher learned she suffered from bipolar disorder early on. "I had a shrink say to me. I had been going to him for years. He said, 'Did you forget to tell me that you were hyperactive as a child?' Slipped my mind after four years. But Billie does not have any signs of having this thing. My father was one of four children and the only one that, you know, was lucky enough to have won the sweepstakes."

And writing about it has turned out to be "therapeutic to a certain extent" for her, Fisher admits, but jokingly says she hopes her friends don't know about it.

"I was able to make it funny," Fisher says. "There are certain techniques, if you act better than you feel, eventually you will feel better. When I first heard that, I thought, 'That is so moronic, I'm going to prove you wrong about that.' But then I wrote this character to be this certain way and made her a better character than perhaps I am."

Suzanne Vale had a problem, and it was the one she least liked thinking about: She'd had a child with someone who forgot to tell her he was gay.

He might've forgotten to mention it because he'd hoped she would save him. Making him into a normal "family man" with a wife and a child and a job running a studio. And hadn't she wanted to be saved from certain things also? From life alone? From being childless? From a life that might've looked a little sad from the outside?

So, merging their secret hopes for rescue, they'd had a baby with their unwritten pact of androgyny, an androgyny that informed the life they lived out loud.

Suzanne had never seen herself as what she called a squeezy tilty girl. She was a breadwinner with a very yang personality. A person who wore a lot of severely tailored little black suits. And Leland Franklin would never be called up for the butch patrol. Not that he was effeminate in any way -- far from it.

Suzanne's pregnancy had betrayed their pact, however, transforming her into a girl -- a vulnerable woman even -- leaving Leland to be what he couldn't: a straight and certain man...certain of his sexuality anyway.

Looking back, perhaps Suzanne should've guessed based on his affection for Biedermeier furniture or even his fastidiousness with his grooming...she should've known when, toward the end, he'd begun rigorously attending a gym, perfecting a body she knew wasn't being perfected for her.

Their alliance had broken under the strain of their attempt at normalcy gone wrong. When their daughter Honey was three, Leland had left her for a man, though initially this was not what he'd said. He'd said he was leaving because Suzanne was crazy. Kept him up all night. Refused to take her bipolar medication, and she would talk talk talk...talk all the time. Maybe she'd talked him out of staying with her. Won the argument for why to leave her without meaning to.

After Leland had left -- right after, when feelings were still high, with winds of hurt and blame storming out of her Cape Fear -- he'd mentioned to Suzanne late one evening in a particularly blistering phone call that she might've helped turn him gay, "By taking all that codeine again!" to which Suzanne replied tearfully, "Oh, I'm sorry -- I hadn't read that part of the warning on the label! I thought it said heavy machinery, not homosexuality! Here I could have been driving those big farmyard tractors all along!" and she'd slammed the phone down, red-faced and weeping.

After the dust from his departure had settled, she'd found herself with a child, a grudge, and a bright phosphorus gnaw of pain glowing in the hot spot of her chest.

It turned out he'd left her with this tender wound of love for him, a warm ache informing her she'd accidentally grown to care. He'd outlasted her disinclination to ever love deeply, winning the race to the end of her arm's-length way of figuring everything out until it couldn't hurt her again.

Unbeknownst to her, she'd come to look at him with lively eyes tenderized pink with vulnerability. She longed for the return of Leland's subtle way of patrolling her murky borders, guarding her from her own less than commendable instincts. Protecting her when he could from all that stood between her and her far-flung best self, drawing her to the center of his uncrackable safekeeping.

While she'd spent every last hard-earned dollar of her energy charming those she met so that they would like her, be amused by her, think her smart, or all three, Leland would do some other neat trick all but invisible to her trained seal eye. He would manage the room, make its occupants comfortable, well taken care of, at ease. He would find out a little about each person, an ambassador of good will trying to make certain everyone aboard his ship was seaworthy. His was a miracle of care, concern, and control. And for the life of her, Suzanne could never figure out how it was done -- it took her years to realize that it was done -- but she admired it with a kind of awe before she knew and ever after. This was Leland's gift: a way with people, a way of making their burdens lighter and their days a little less dark. Suzanne would tickle you and make you laugh and like her; Leland would tuck you in bed for the night -- and wake you up with juice and coffee the next morning.

Suzanne wanted you to have a good experience of her -- "Did you hear that hilarious thing she said about her father? 'What you see is what you don't get'!" Leland wanted you to have a good experience of yourself, courtesy of him. Sure, you'd come away with a good memory or two of Suzanne, but spend a single afternoon with Leland and you'd want to float down through all time with him, parented by him, partnering with him, and throwing all your business his way.

Leland had cared for her and she'd somehow not seen it working its subtle charm on her. She didn't realize she needed tending like some exotic fragile flower. She had always been self-contained, no? Making her all but impervious to most of the care he'd painstakingly shown to her. Smoothing her brow, picking up her pieces each time she broke down and cried. Hospital Man, so careful with her, watching over her while she slept and making sure she was safe and warm. Who knew she'd come to count on the net he'd always put beneath her not so infrequent falls? No one had ever attended to her needs in quite this way. How could she have missed it happening? What had made him tick, and why couldn't her tock ever quite manage that beat?

While he'd busied himself with breaking her falls, Suzanne had blundered on, chatting gaily, never slowing enough to notice the charm he was working on her life, her frantic ways. Still and all, she'd paused sufficiently to have a child with him, paying tribute to the thing in their union that smacked of mutual concern and trust -- a trust accompanied by what she understood later as the closest thing she might have come to love.

For the next three years, she'd taken advantage of him and giddily run with it straight through center, careless of his ministrations, not noticing his restless dissatisfaction. Or taking it for something else, something annoyingly in her way. She'd given him little choice but to move on to the thing in his nature that would inevitably capture his attention's bright flag. Assuming she'd loved him offhandedly, even cavalierly, how could she know that down deep, her once-tended flower was turning more and more toward the warm comfort of his too-distant sun, growing this subtle devotion to him, strung to his tuning, guided by his star. Leland had provided her with something vital, something she'd come to depend on as utterly as oxygen. Which she only realized, of course, once it turned up missing.

Having subtly outsmarted her sensors, Leland had now passed into the dark world of "Someone She'd Inadvertently Come to Need." First he'd slipped the mickey of their daughter Honey into her, and now, leaving her drunk with a love she'd misrepresented both to herself and anyone who'd listen, he'd tiptoed out the door in search of something saner and more sensible for himself.

Need. Ugly need with its scowling face, its features twisted with regret and love gone awry, now leered at her from the darkness when she'd wake into this place she couldn't imagine was any longer really her life.

Ugh! Disfigured by loss, she grieved for Honey's father. "Come back!" she wanted to implore him. "Give me myself back -- the me I was with you -- and I'll be good this time, I promise! You can even date men! I'll look the other way, like they do in Europe! I'll do anything you say! Just stay...please...just stay with me...help me breathe!"

Excerpted from "The Best Awful" by Carrie Fisher. All rights reserved. No part of this book may be used or reproduced without written permission from Simon & Schuster.

"The Best Awful" is published by Simon & Schuster, which is owned by Viacom, parent company of CBS.