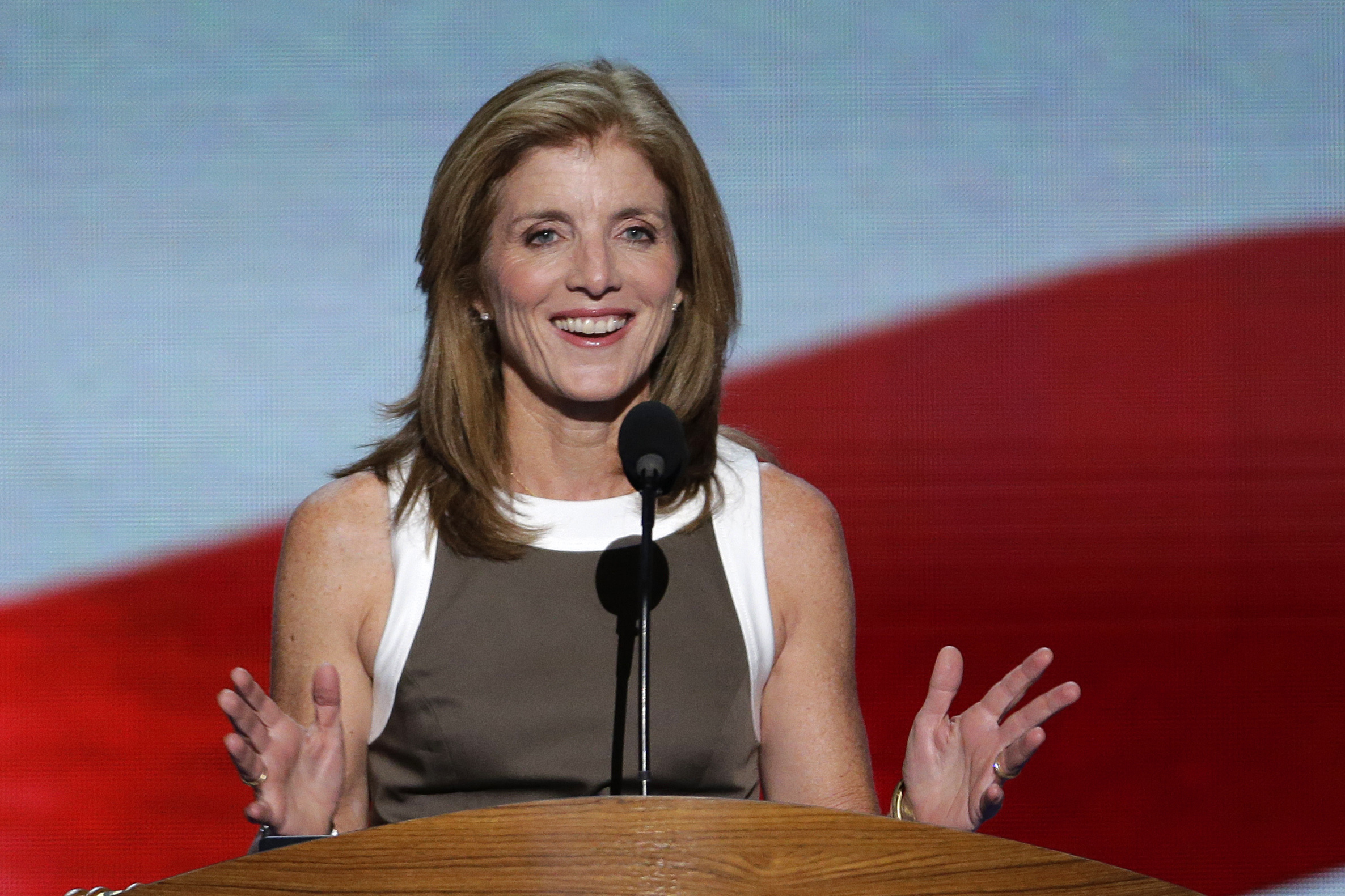 (CBS News) CHARLOTTE, N.C. -- Caroline Kennedy, daughter of John F. Kennedy and an early endorser of then-candidate Barack Obama in 2008, took the stage at the Democratic National Convention tonight to say that she has gone from being inspired by Mr. Obama's promise to being inspired by his record.

"Over the past four years, we have had a president who has committed himself and his administration to the values that made America great -- economic fairness, equal opportunity, and the belief that if each of us gives back to this country we love, and all of us work together, there is no challenge we cannot overcome," Kennedy said before adding: "Those are the ideals my father and my uncles fought for. Those are the ideals I believe in."

Kennedy's uncle Edward Kennedy was honored in a tribute video earlier in the convention. The video was introduced by Joseph P. Kennedy III,the grandson of Robert F. Kennedy.

"Like my father's election in 1960, this is one of those elections where the future of our country is at stake," Caroline Kennedy said Thursday night, two hours before Mr. Obama was scheduled to speak. She called Mr. Obama a champion for women's rights on health care and equal pay and said Mr. Obama is the only candidate who is "on our side."

"Now isn't the time to roll back the rights we were winning when my father was president," Kennedy said. "Now is the time to move this country forward." She called the president a fighter for children, pointing to his advocacy for early child education and college affordability.

Kennedy lauded Mr. Obama for having "listened to my Uncle Teddy" and taking a political risk to push health care reform, back the auto bailout and bring troops home from Iraq. After describing the president as someone who does what's hard but right, she appealed to young voters.

"Young people have always led America towards a brighter future," Kennedy said. "It happened in 1960. It happened in 2008. And if you show the same spirit in this election as you did in the last, I know that we'll make history again on November 6th."