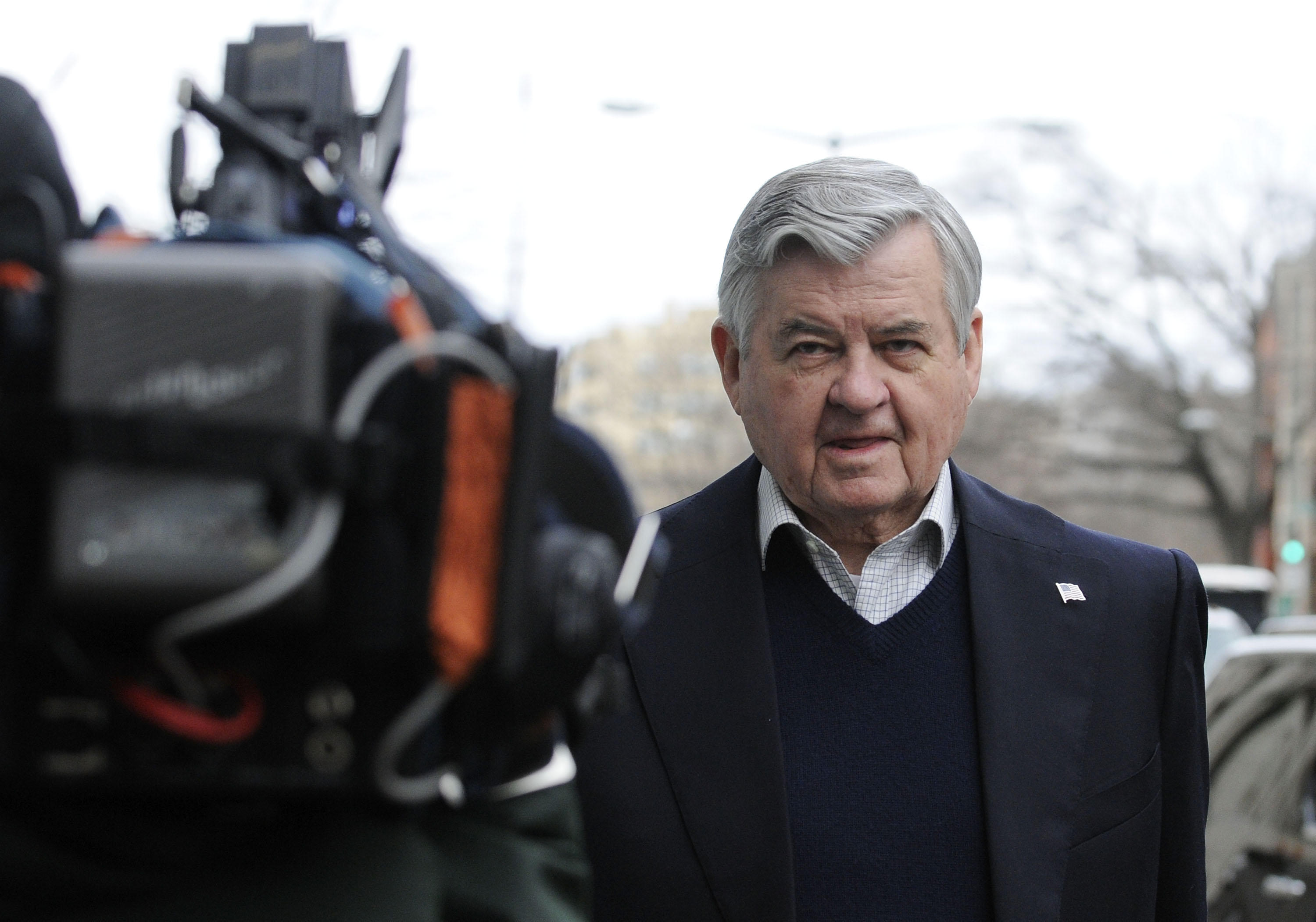 It was announced Sunday that Carolina Panthers team owner Jerry Richardson will put the team up for sale, according to a statement on the Panthers' website, amid allegations of misconduct against Richardson. The statement read in part that Richardson had "no greater mission" than bringing "an NFL franchise to Charlotte."

Richardson, 81, also mentioned "the team has become an integral part of our community. The stadium is in its best condition since the day it opened." He continued: "Football is also an integral part of my life -- and I am blessed, every day, that I made the Carolinas my home. I can never repay all of you for the kindness and generosity you have shown me, Rosalind, and my family for more than two decades."

Richardson noted that "I believe that it is time to turn the franchise over to new ownership. Therefore, I will put  the team up for sale at the conclusion of this NFL season. We will not begin the sale process, nor will we entertain any inquiries, until the very last game is played."

Charlotte Mayor Vi Lyles published a statement late Sunday on Twitter writing that "the Panthers are part of Charlotte's fabric" and that "we look forward to working with current and future ownership."

The news comes on the heels of an investigation after allegations of workplace misconduct by Richardson, CBS Sports reports.

CBS Sports writes that the team was going to initially use an outside law firm to conduct an internal investigation of Richardson. The process was going to be overseen by limited owner and former White House chief of staff Erskine Bowles. Sunday morning however, the NFL said it planned to take over the investigation.

CBS Sports explains that the league clearly believed it needed an investigative unit of its own in this matter and as such stepped in.

Shortly after the NFL's decision, Sports Illustrated dropped a lengthy piece detailing a number of different allegations against Richardson including myriad bizarre and utterly inappropriate things he allegedly did involving women in the workplace.

Richardson's statement Sunday did not directly mention the investigation.

Richardson concluded his statement writing, "I hope everyone in this organization, both on and off the field, will be firmly focused on just one mission: to play and win the Super Bowl. While I will no longer be the team owner, I will always be the Panthers Number One fan."