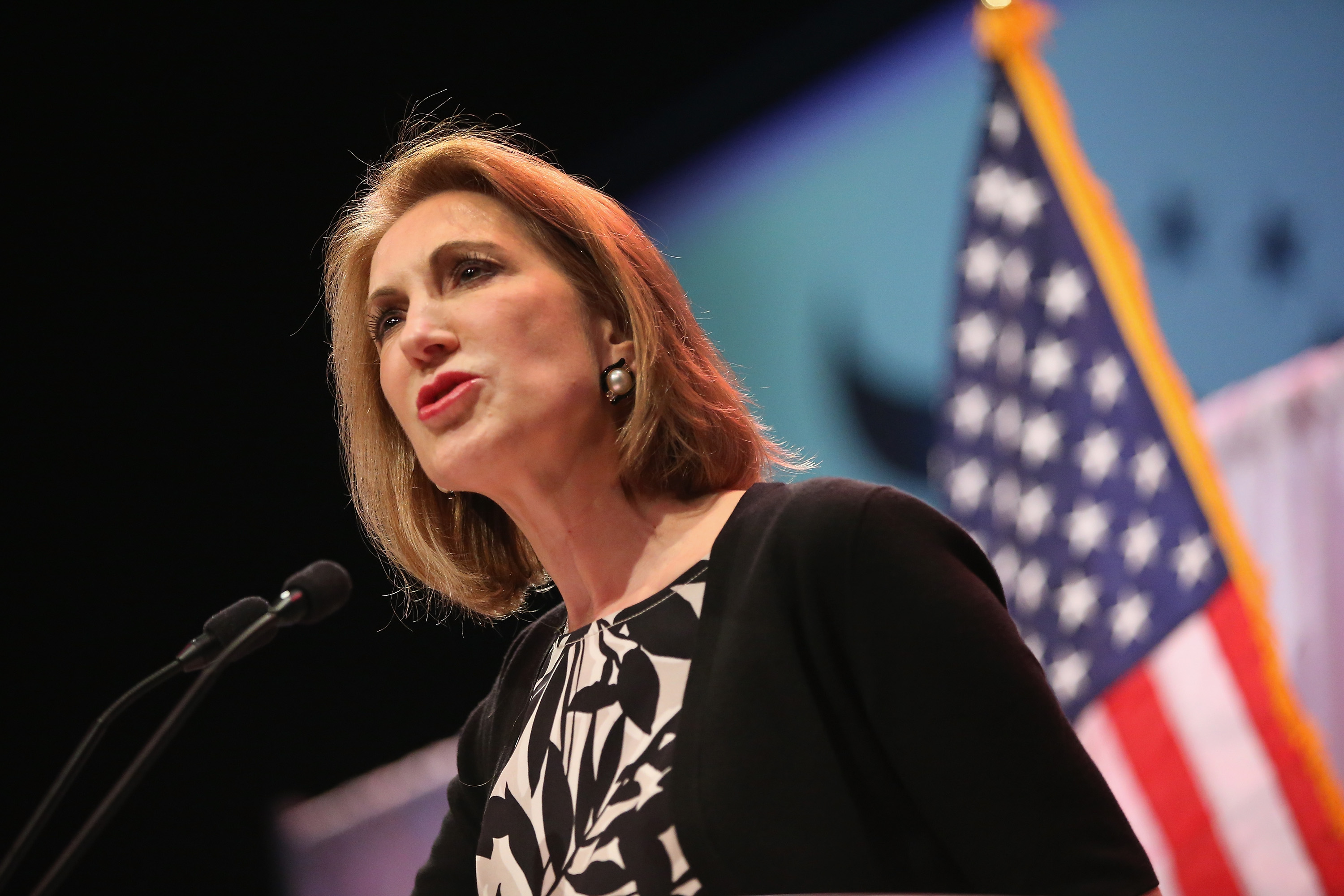 Carly Fiorina, the former CEO of Hewlett-Packard, will announce on Monday that she's seeking the 2016 Republican presidential nomination.

Fiorina will be the first woman to throw her hat into the ring for the GOP nomination. The other announced Republican candidates so far include Sens. Ted Cruz of Texas, Rand Paul of Kentucky and Marco Rubio of Florida. On the Democratic side, former Secretary of State Hillary Clinton and Sen. Bernie Sanders of Vermont have announced their candidacies.

The next day, the former tech executive speaks at TechCrunch in New York City. After that, she embarks on a tour of the early-nominating states: She stops in Iowa on Thursday, New Hampshire on Friday and South Carolina on Saturday.

Also, Fiorina's new book will be released on Tuesday. Fiorina's share of all proceeds from the book are going to a charitable foundation, according to a spokesperson for the candidate.

Fiorina, who lost a bid for the U.S. Senate in 2010, has touted her business experience as an asset in the race.