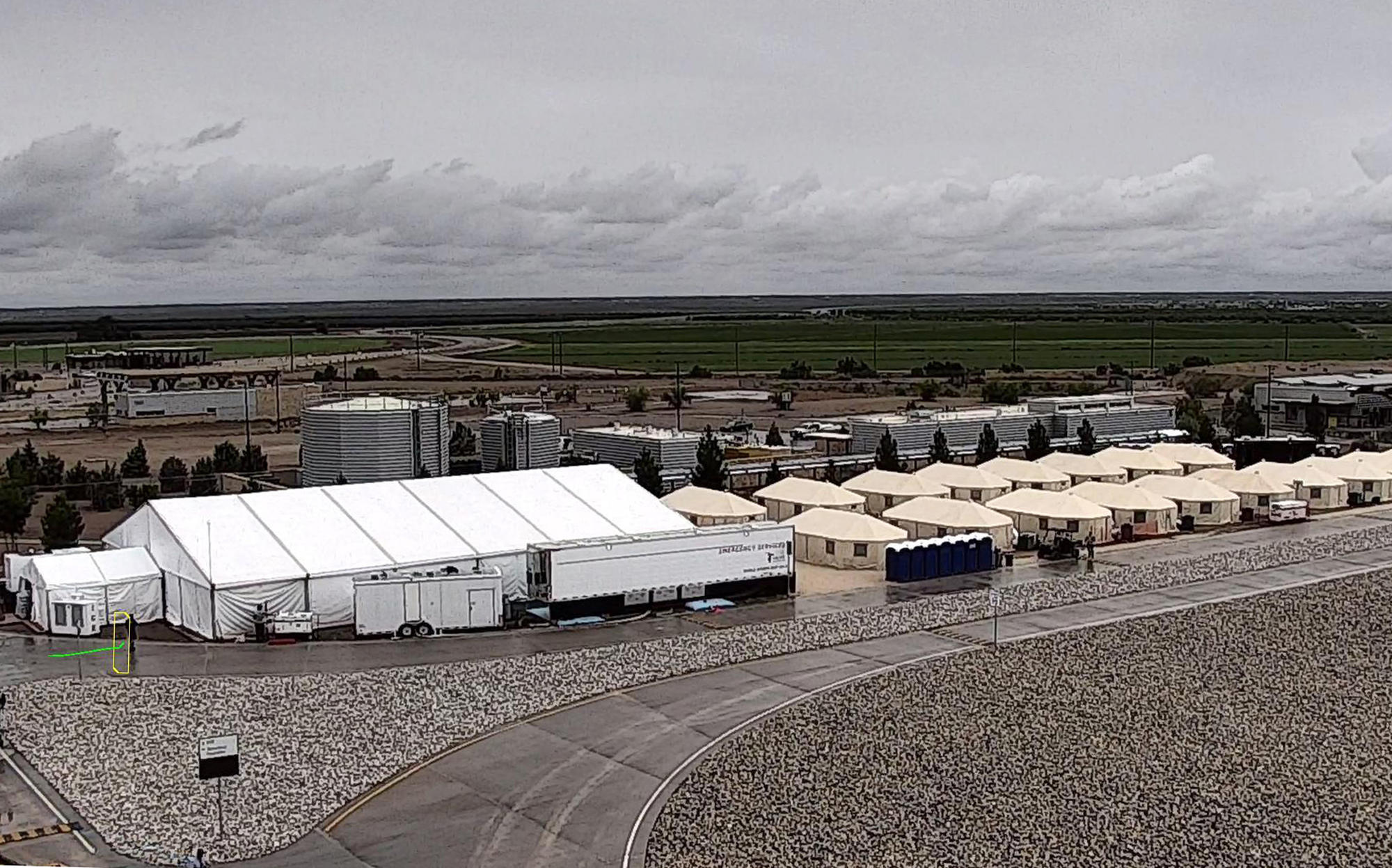 Nearly every adult working with children in the U.S. -- from nannies to teachers to coaches -- has undergone state screenings to ensure they have no proven history of abusing or neglecting kids. One exception: thousands of workers at two federal detention facilities holding 3,600 migrant teens in the government's care, The Associated Press has learned.

The staff isn't being screened for child abuse and neglect at a Miami-based emergency detention center because Florida law bans any outside employer from reviewing information in its child welfare system. Until recently at another facility holding migrant teens in Tornillo, Texas, staff hadn't even undergone FBI fingerprint checks, let alone child welfare screenings, a government report found.

The missing screening at both sites involves searching child protective services systems to see whether potential employees had a verified allegation of abuse, neglect or abandonment, which could range from having a foster child run away from a group home to failing to take a sick child to the hospital. These allegations often are not criminally prosecuted and therefore wouldn't show up in other screenings.

The two facilities can operate unlicensed and without required checks because they are located on federal property and thus don't have to comply with state child welfare laws. Tornillo is on Customs and Border Protection land along the U.S.-Mexico border, and Homestead is on a former Labor Department Jobs Corps site.

Last week, bipartisan lawmakers from Texas and beyond called for swift reforms and public hearings after the AP reported that the government put thousands of teens at risk at Tornillo by waiving the security screenings and having fewer mental health workers than needed. And on Tuesday, two members of Congress called for the immediate shutdown of Tornillo.

The government report said the screenings were waived at Tornillo because the agency was under pressure to open the camp quickly and the federal government erroneously assumed staff members already had FBI fingerprint checks.

Except for Homestead, every child shelter and foster care facility in Florida -- including two others holding migrant children -- runs employees' names through child protective services records.

State law prohibits the Florida Department of Children and Families from sharing results of those checks more widely due to concerns that child protective services might be reluctant to flag an individual, and thereby avoid providing services such as parenting classes for them, if it could put the person's job in jeopardy.

"Child abuse and neglect checks were waived because of the limitations in the state of Florida and the fingerprint background checks conducted on employees would show relevant information," he said.

Tornillo launched a month-long program to run staff through FBI fingerprint checks last week in response to a wave of public pressure prompted by the government memo and media reports about the lack of staff screening there.

Child welfare experts say child abuse and neglect background screenings are typically required because some people who hurt children may never be convicted of criminal charges serious enough to warrant an FBI red flag but could be charged civilly, which would appear only in state registries.

During his time serving as the director of the Office of Refugee Resettlement, Scott Lloyd granted screening waivers for both Homestead and Tornillo, which was allowed under federal rules since the shelters were opened on a temporary basis. Homestead has been open for eight months and Tornillo for five, however, with no indication they will close.

In August, Lloyd wrote a letter to the Washington Post defending the shelters, saying, "The same standard of care we expect for your kids and mine we expect for the kids in Office of Refugee Resettlement care."

The contractors for both detention centers -- Comprehensive Health Services for Homestead, and BCFS Health and Human Services for Tornillo -- deferred to HHS for comment. HHS said it is working to safely care for all children referred to the agency.

The Obama administration opened Homestead as a temporary shelter for up to 800 migrant teens for 10 months in 2016. Since then, the federal government has budgeted more than $330 million for the for-profit company to operate the facility, according to an AP review of federal contracts. The review found that Tornillo could cost taxpayers as much as $430 million this year.

A memo obtained by the AP shows the ORR director at the time, Robert Carey, also waived child abuse and neglect background checks for Homestead staff during the Obama administration.

Children at Homestead wear government-issued clothes and live in dormitory-style bedrooms in a tightly guarded compound surrounded by chain-link fence. At Tornillo, they sleep in bunk beds inside canvas tents; outside temperatures near 100 in the summer and are below freezing on winter nights.

The 13- to 17-year-olds held at Homestead and Tornillo weren't separated from their families at the border this summer. They remain in government custody in part because new federal requirements mandating more stringent background checks on their families have slowed their reunifications, filling shelter beds around the country to capacity. Almost all the teens at both facilities entered the U.S. on their own, hoping to join relatives or friends.

Neha Desai, immigration director at the Oakland-based National Center for Youth Law, said that the federal government is required to hold children in licensed facilities when they are detained for more than a short period of time.

"Homestead's failure to perform child abuse and neglect checks on its staff is just another reason that the government in no circumstances should be holding children there for more than a few days at a time," said Desai. "Yet, we know that numerous children are languishing there for months on end."