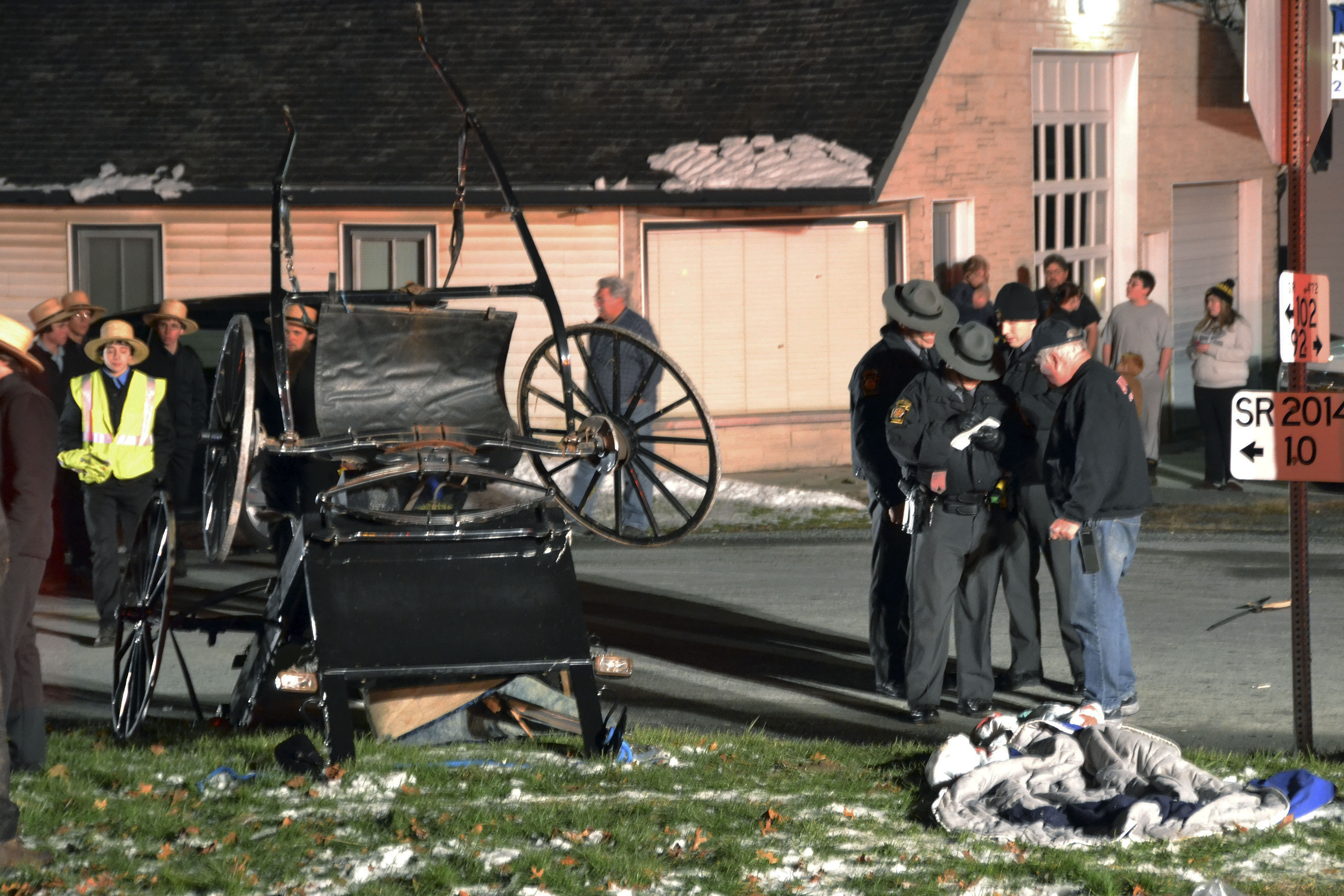 KIRKWOOD, Pa. - A car slammed into a horse-drawn buggy that missed a stop sign in Pennsylvania Dutch country, injuring seven people, including an infant, police said.

All six people in the buggy - two adults and four children - were ejected in the Thursday night accident. The 3-month-old was airlifted to a hospital.

Witnesses said they found parts of the buggy more than 50 yards from the intersection in Colerain Township, about 20 miles southeast of Lancaster, where it collided with a Subaru Outback.

"There were bodies everywhere," neighbor Mark Harmon told Lancaster's LNP newspaper. "People in the street, people attending to the baby. I just got them some blankets and tried to keep them from getting hit by other cars. I've never seen anything like it."

Becky Hemric, who lives nearby, told the newspaper that the buggy looked "all smashed up."

The driver of the buggy, 38-year-old Daniel Esh, and a child had severe injuries and were listed in stable condition, police said. Another child was listed in critical condition. Two boys had minor injuries. A woman in the buggy was unhurt.

The two people in the Outback - 71-year-old driver Beverly Paul, of Annapolis, Maryland, and her passenger, a 92-year-old Lancaster woman - had minor injuries.