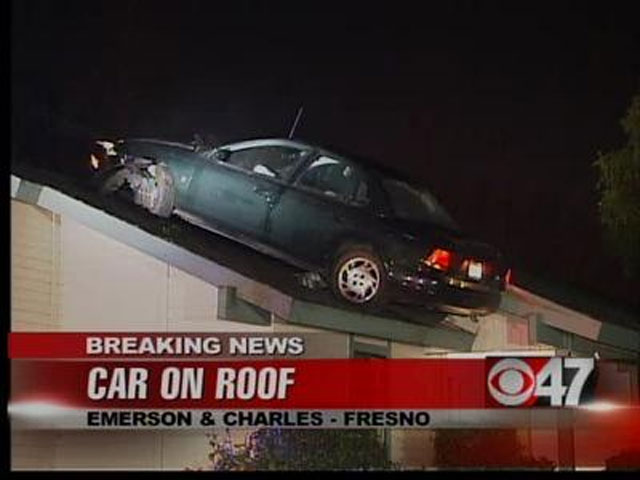 (CBS/AP) FRESNO, Calif. - Police say a man wanted for assault was driving too fast, and hit a landscaping rock, sending the vehicle flying onto a rooftop early Wednesday morning.The airborne driver broke his leg when he jumped from the house.

Santa was nowhere in sight.

Police say that Benjamin Tucker, 25, stole his ex-girlfriend's car and lost control of the vehicle when he tried to round a nearby residential corner, reports CBS affiliate KGPE.

Police say although Tucker broke his leg when he jumped from the roof, he still managed to run back to the ex-girlfriend's house, where he was later arrested. Tucker already had a warrant for his arrest, for assault with a deadly weapon and making terrorist threats, according to police.

A towing company had to use a crane to get the car down.