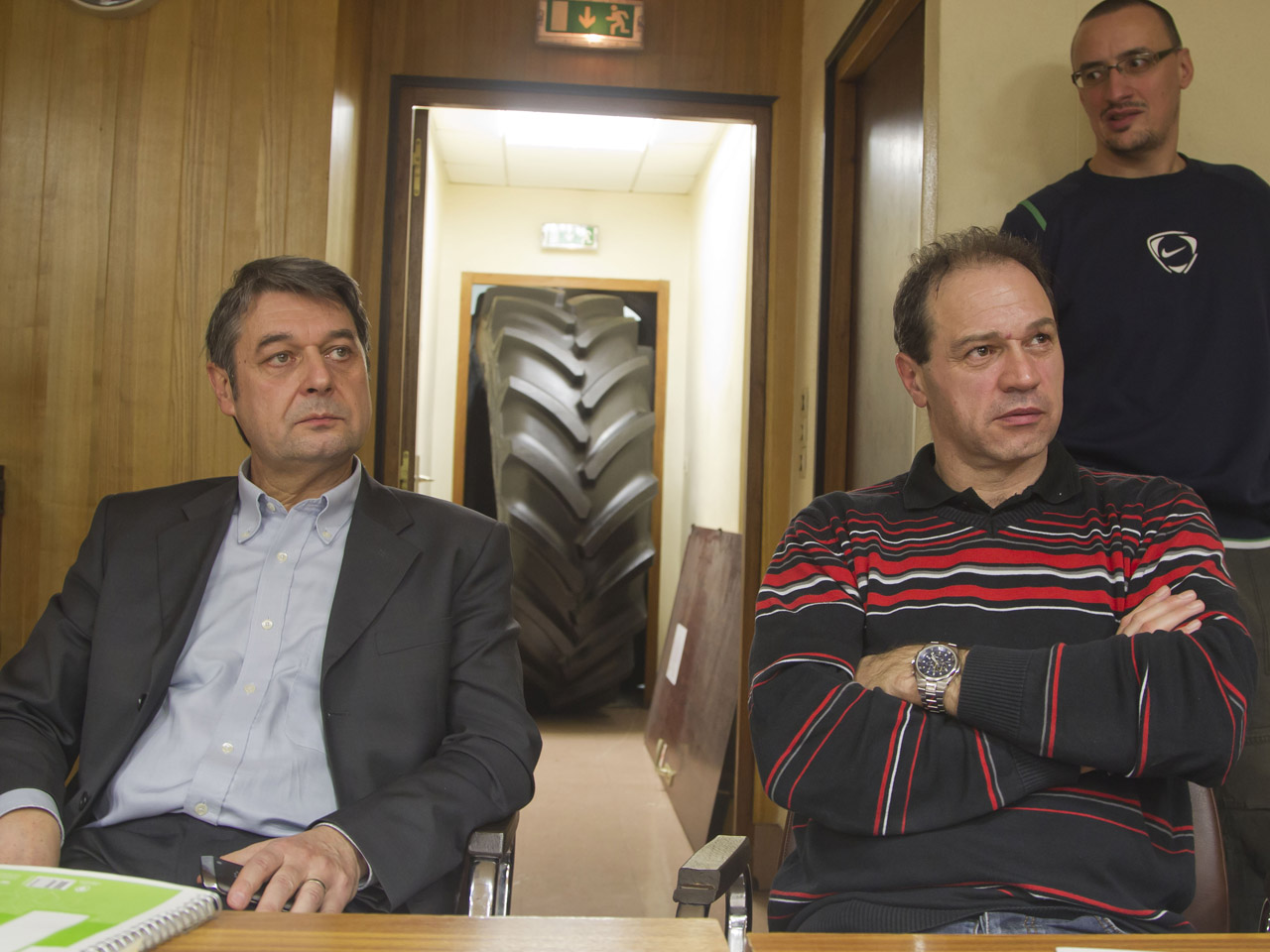 The release outraged union members, who made a bonfire of tires in front of the plant. It also left unresolved the larger problems that have dogged the plant in Amiens in northern France, which Goodyear has tried to sell or shutter for more than five years.

The plant has become an emblem of France's labor tensions. Workers, having failed so far to save their jobs, seized the plant's director and human resources chief on Monday morning to demand bigger severance packages.

"Boss-napping" has happened sporadically in France in the past, but police generally don't intervene in such incidents, to avoid inflaming tensions while mediators try to settle the labor dispute.

The Amiens plant has seen violent protests in recent years, so a judge authorized police intervention.

A dozen police officers arrived at the plant Tuesday afternoon, and two went inside the facility. Minutes later, the two bosses walked out and got in an unmarked police car. They did not speak to reporters.

Angry and cursing, Mickael Wamen of the CGT union said afterward: "We were told very clearly ... that if we didn't free these two people that dozens and dozens of riot police trucks would be coming from Paris, would go inside, a riot would break out and they would whack us all and we'd all end up in prison."

"We are already losing our jobs, on top of that to end up in prison ..." he continued.

Soon afterward, union representatives spray-painted the word "bad" over the letters "good" in Goodyear on the sign leading into the factory.

Some had hoped for talks Tuesday to try to defuse the dispute, but both sides dug in and refused to negotiate.

Boss-napping has occurred sporadically in France for decades, and reached a peak during the global financial crisis in 2009. Sylvain Niel, a labor lawyer who has worked on similar issues, said boss-napping has been less frequent since then because anything management agreed to under pressure was later voided in courts.

"It's a reaction of despair," Niel said. "They have no room to maneuver in the closing of the factory."

Boss-nappings typically have lasted from a few hours to a couple of days. They are punishable under French law by five years in prison and a 75,000-euro ($102,000) fine if the boss goes free in under a week. Usually, however, the workers are not prosecuted.

The Amiens plant has an especially contentious past. Goodyear's attempts to close it have been stalled by violent protests and France's prolonged layoff procedures.

Workers have been blocking a storage warehouse, which contains hundreds of millions of euros in tire merchandise, since before the year-end holidays.

Threats last weekend by management to authorize force to free the warehouse were what sent tensions flaring at a union-management meeting Monday morning - and led workers to block the two executives inside.

Wamen, the union leader, told the Courrier Picard newspaper that the managers had refused offers of mattresses and blankets overnight.

"Things were sometimes animated, sometimes calm, but without any meanness," Michel Dheilly, the captive plant manager, had told reporters allowed inside the factory.

The other captive manager, Bernard Glesser, had been less sanguine, saying he would not give any statements under duress.