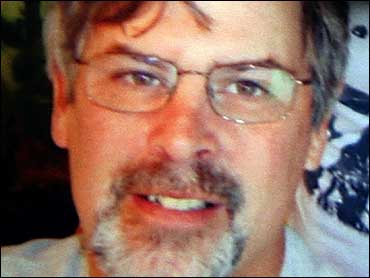 Appearing on CBS' The Early Show, Captain James Staples, a friend and former classmate of Richard Phillips at the Massachusetts Maritime Academy, said the willingness of the captain of the Maersk Alabama to risk his own life to protect his crew did not surprise him at all.

"It's an amazing feeling to know that Richard's now safe. I can't even explain how happy I was when I heard this great news," Staples said.

In a move that surprised the pirates, crew members of the U.S.-flagged ship had put up a fight Wednesday when pirates boarded the cargo vessel. Somali pirates had become used to encountering no resistance when hijacking vessels in search of million-dollar ransoms.

The ship had been carrying food aid bound for Rwanda, Somalia and Uganda when the ordeal began Wednesday hundreds of miles off Somalia's eastern coast. As the pirates clambered aboard and shot in the air, Phillips told his crew to lock themselves in a cabin and surrendered himself to safeguard his men.

At the beginning of the tense standoff, the Maersk's crew actually held one of the pirates hostage, hoping to exchange him for their captive captain. But Phillips opted to be taken away by the bandits so that his crew would be freed.

Early Show anchor Harry Smith asked Staples about their experience and training at the Merchant Marine Academy and how it prepared Phillips for the hazardous region around the Horn of Africa.

"Well, surely he was taking all the precautions that he's been trained to do to keep the ship out of harm's way," Staples said. "It's just that every day at sea is a different day. And it just was probably a situation he was under and he just handled it marvelously."

The captain was taken hostage in an enclosed lifeboat that was soon shadowed by three U.S. warships and a helicopter. Phillips jumped out of the lifeboat Friday and tried to swim for his freedom but was recaptured when a pirate fired into the water, according to U.S. Defense Department officials.

The five-day standoff ended Sunday in a daring nighttime assault in choppy seas after pirates had agreed to let the USS Bainbridge tow their powerless lifeboat out of rough water.

Vice Adm. Bill Gortney said Phillips, 53, was tied up and in "imminent danger" of being killed because a pirate on the lifeboat held an AK-47 assault rifle to the back of his head.

At that, the commander of Bainbridge made the split-second decision to order Navy snipers to shoot at the lifeboat, about 25-30 yards away, taking aim at the pirates' heads and shoulders. Three pirates were killed. Phillips was not hurt.

A fourth pirate surrendered after boarding the Bainbridge earlier in the day seeking medical attention for a wound to his hand (having been stabbed by a Maersk crewmember). He could face life in a U.S. prison.

With news of the rescue, Phillips' 17,000-ton ship, which docked with his 19 crew members Saturday in Mombasa, Kenya, erupted into wild cheers. Some waved an American flag and one fired a bright red flare in celebration.

"We made it!" said crewman ATM Reza, pumping his fist in the air.

Cheri Rios, whose husband William Rios is a crew member on the ship, told Smith, "That's why he's a hero this morning. And for him to risk his life to save 19 other crew members, I think that that was a great thing he did. He took his job seriously.

"He just took it as, 'I'm the captain, I'm going to take over the ship and let my crew be safe. You know, however I get out, I get out.' And thank God he got out safely."

President Barack Obama said Phillips had courage that was "a model for all Americans" and he was pleased about the rescue, adding that the United States needs help from other countries to deal with the threat of piracy and to hold pirates accountable.

Phillips himself deflected any praise.

"I'm just the byline. The real heroes are the Navy, the SEALs, those who have brought me home," Phillips said by phone to Maersk Line Ltd. President and CEO John Reinhart.

Rios spoke to her husband and said the reaction of the crew to the safe rescue of Phillips was, "'Thank you so much for his safe rescue from the Navy SEALs. We thank them so much. We also have been praying for his wife, for his family, that he's rescued safely and unharmed. And that was a great success, and we're also grateful that a hero is rescued safely.'"

When asked how anxious she was to have her husband back home, Cheri said, "It's like waiting for Thanksgiving to come around in July."

In Underhill, Vermont, family and friends are elated that the ordeal is over.

"We're just currently overjoyed right now," one man told CBS News correspondent Bianca Solorzano. "It's just a great day. And we're all just so happy for, you know, Richard obviously, but for Andrea and the kids."

Maersk spokeswoman Alison McColl choked up as she stood outside the family's house and read their statement:

"Andrea and Richard have spoken. I think you can all imagine their joy, and what a happy moment that was for them. They're all just so happy and relieved.

"Andrea wanted me to tell the nation that all of your prayers and good wishes have paid off because Captain Phillips is safe," she said.

Phillips, a 53-year-old father of two college-age children is known in his rural Vermont community as a dedicated family man, avid sportsman and serious skipper.

The good news traveled fast in Underhill, which has been festooned by yellow ribbons since Phillips was taken hostage last week.

Everyone seemed to express a palpable sense of relief - and the timing of it didn't escape notice.

"It couldn't happen on a better day - Easter," said Nickie Tinker, 36, a clerk at the Jolley's convenience store.

"It's great, news, especially on Easter," said Kim Jennings, 43, of Williston. "How terrific is that? It could've ended completely differently. It's a world away. Who knows what they're thinking, and why they're holding someone hostage?"

Neighbors Terry and Sheila Aiken, who live across the street from the Phillipses, fought back tears as they talked about him.

Andrea Phillips is expected to travel to New York tomorrow to be reunited with her husband. And he is expected to return back to his hometown sometime later this week - no doubt to a hero's welcome.

Ship horns blared, bells rang and cadets and staff alike at the Massachusetts Maritime Academy rejoiced at the news that Capt. Richard Phillips had been rescued from Somali pirates.

The college's president, Adm. Richard Gurnon, heard the news while walking out of Easter Mass Sunday at St. Patrick's Church in Wareham. He called it "truly a glorious Easter Day."

He told the Cape Cod Times that he could not imagine a prouder day in the 118-year-history of the school.

Gurnon says he hopes to honor Phillips and Shane Murphy at the college on May 22, as part of the school's National Maritime Day celebration.