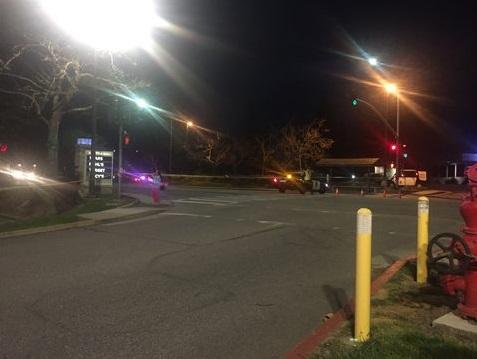 A 36-year-old man killed his 8-year-old daughter then himself Sunday, according to CBS affiliate KION-TV.

Police say the shooting occurred in a parked car near the west entrance of the Capitola Mall located in Monterrey Bay near Santa Cruz, Calif.

Police Chief Terry McManus says the man’s wife called police around 3 p.m. local time to report her husband was going to commit suicide and that their child was with him.

When police arrived they found the man dead in the driver’s seat and the child in the passenger seat, according to McManus.

The names of the deceased won’t be released by the Santa Cruz coroner’s office until immediate family members are notified, according to a press release obtained by CBS News from the Capitola Police Department.