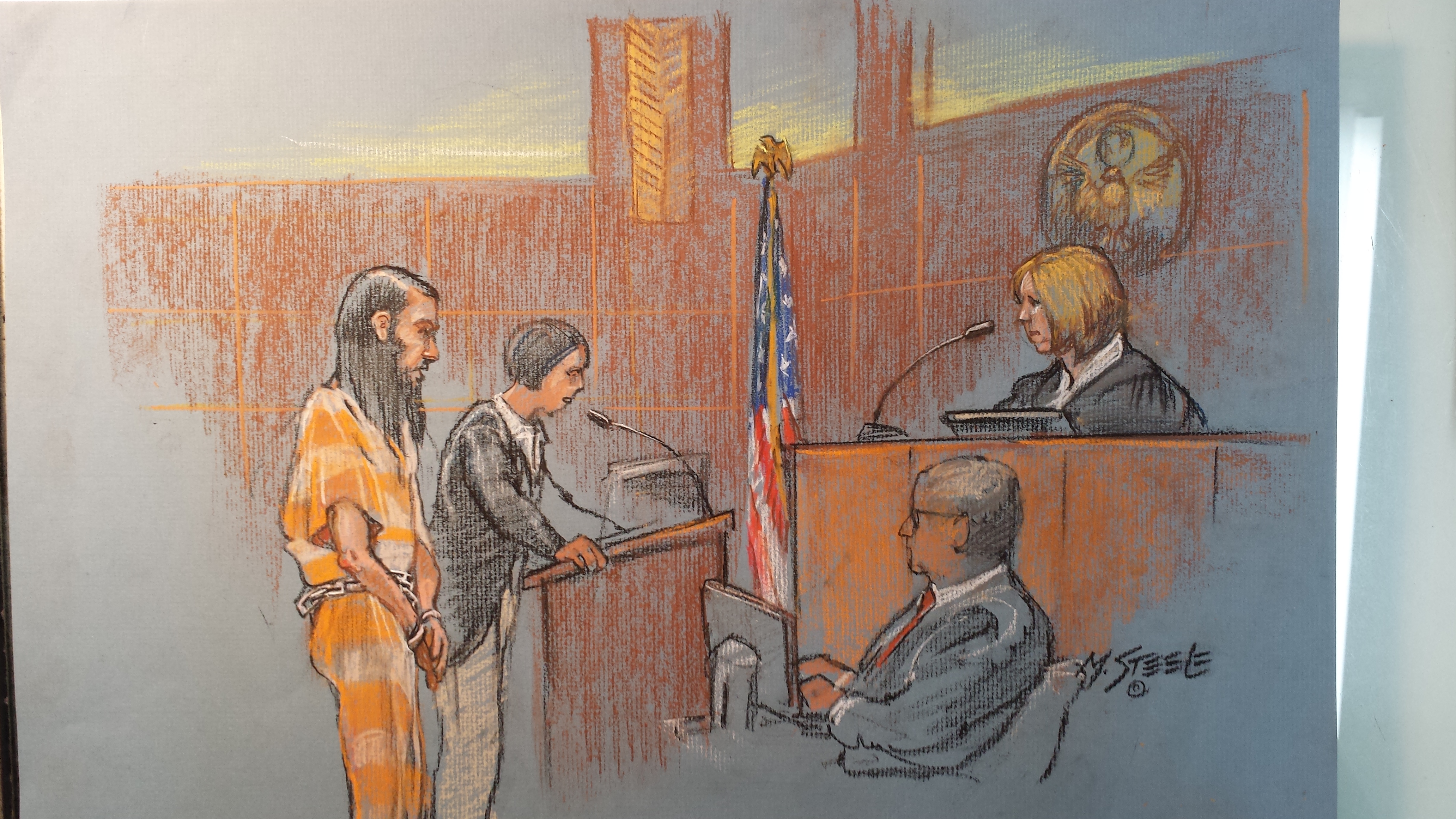 CINCINNATI -- A 20-year-old Ohio man arrested in an FBI sting and charged with plotting to set off bombs at the U.S. Capitol was ordered held without bond when he went before a federal magistrate Friday.

Christopher Lee Cornell appeared before Magistrate Stephanie Bowman in a brief detention hearing Friday afternoon. He was brought to the federal courthouse in downtown Cincinnati under tight security from the jail some 30 miles away where he's been held since after his arrest Wednesday outside a gun shop.

He is charged with plotting to attack the Capitol with pipe bombs and shoot government officials.

Bowman agreed with a federal prosecutor who called Cornell a danger to the public and a flight risk based on the seriousness of the charges.

His attorney had asked that he be released to his parents with electronic monitoring.

Cornell's father, John Cornell, said his son was taken in by a "snitch" who was trying to help himself. He describes the youth who lived in his parents' apartment in suburban Cincinnati as a "mommy's boy," someone who spent hours playing video games in his bedroom and had said he was "at peace" after becoming a practicing Muslim.

Cornell's father, John Cornell, said his son was taken in by a "snitch" who was trying to help himself. He describes the youth who lived in his parents' apartment in suburban Cincinnati as a "mommy's boy," someone who spent hours playing video games in his bedroom and had said he was "at peace" after becoming a practicing Muslim.

He also expressed distrust of government and the news media, and local police said he disrupted a 9/11 memorial ceremony in 2013.

His arrest came after he posted on Twitter his support for Muslim terrorists and then showed his plans to an FBI informant who contacted him, according to court documents.

"I'm going to fight this," John Cornell said. "But I'm afraid they're going to throw the book at him."

Similar cases in recent years have led to accusations of entrapment. But the FBI has argued such stings are vital for averting deadly terror attacks, and juries have returned tough sentences.

The arrest came with U.S. counterterrorism authorities on high alert against homegrown extremists and "lone wolves" - disaffected or disturbed individuals who hold radical beliefs but have no direct connection to a terrorist organization.

The FBI said he had for months sent social media messages and posted video espousing support for militants for the Islamic State of Iraq and Syria, or ISIS, and for violent attacks by others.

Cornell, using the online name of Raheel Mahrus Ubaydah, told the informant they should "wage jihad," authorities said in court papers. He allegedly wrote in an instant message that "we should meet up and make our own group in alliance with the Islamic State here and plan operations ourselves."

It was unclear from court papers if he had made contact with any terrorist groups.

But in recent weeks, his parents noticed a change in him. They thought it was a change for the better: He was helping his mother around the house, cooking meals, sitting with his parents to watch movies, and talking about having become a Muslim.

They said he had a seasonal job at a Kohl's retail store that ended recently. His parents said they believed he was saving to buy a car.

"I'm in shock," his father said. His mother, Angel Carmen, added tearfully: "I feel like my heart has been ripped out."