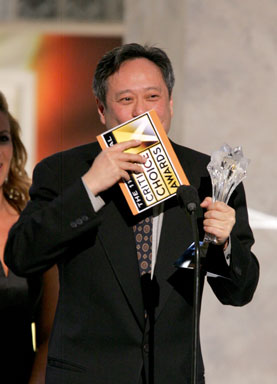 Jyrki Lumme scored the tying goal with 3:13 left in the third period as the Vancouver Canucks played to a 4-4 tie with the Calgary Flames on Friday night.

Lumme knocked in the rebound of a slap shot from Pavel Bure that Calgary goaltender Dwayne Roloson couldn't control.

Flames forward Valeri Bure hit the post and was stopped by Vancouver goalie Sean Burke on a point-blank shot in overtime.

Domenichelli scored the only goal of the first period when he was awarded a penalty shot after being hauled down by Vancouver defenseman Adrian Aucoin while on a breakaway.

Domenichelli scored his fifth goal in four games since being recalled from Saint John of the AHL when he moved in on Canucks goalie Arturs Irbe and snapped home a wrist shot low to the stick side.

May evened the scored before the Flames took a two-goal lead on goals by McInnis and Cassels. The third goal, at 11:02 of the second period, prompted Vancouver coach Mike Keenan to replace Irbe with Burke.

Vancouver came back when Donald Brashear scored his sixth goal by banking a shot off Roloson and into the net.

Naslund scored to tie it at 3-3 before Nylander beat Burke on a breakaway to give Calgary the lead again.