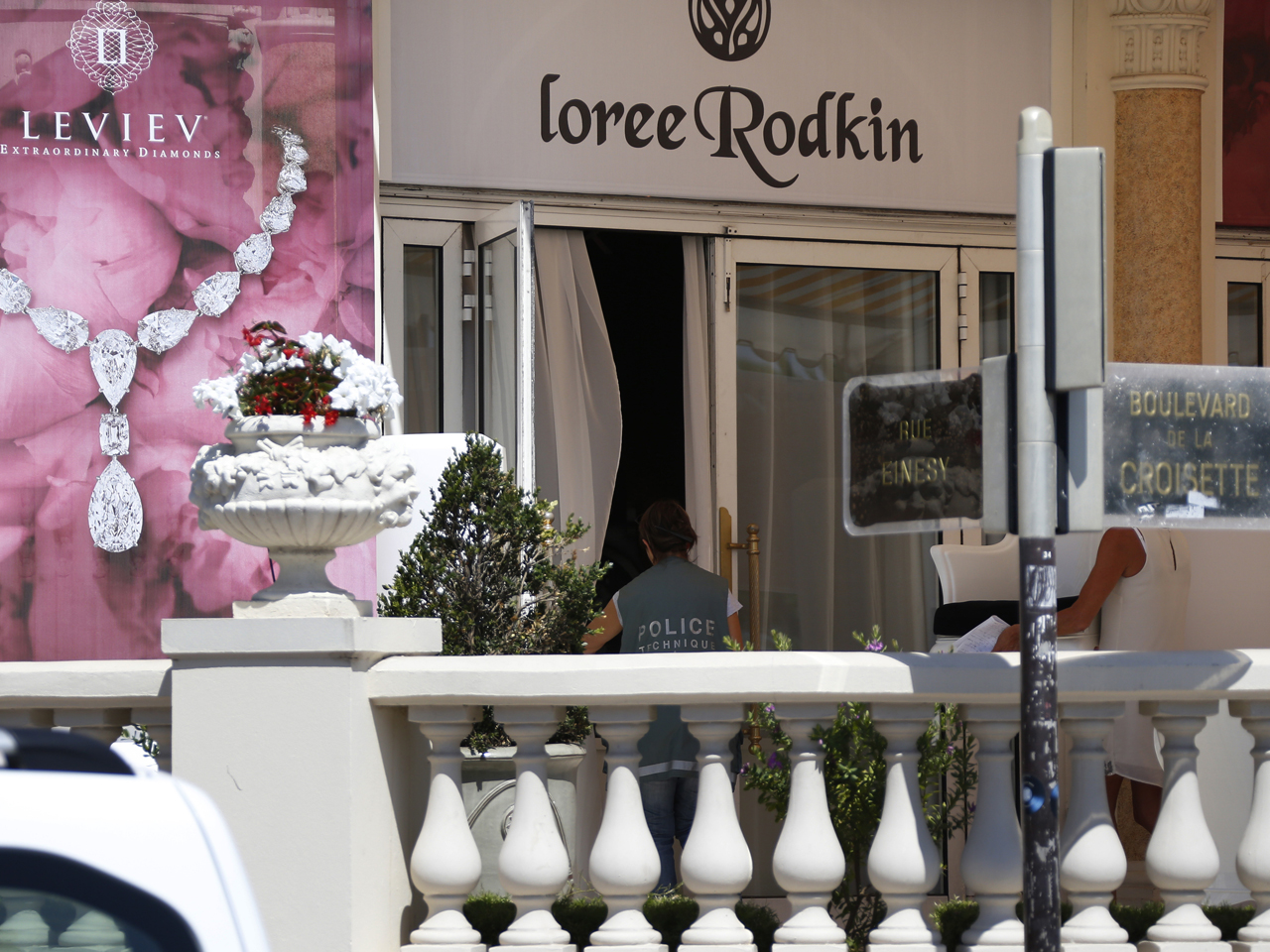 PARIS A state prosecutor says the organizer of a diamond exhibit and sale has more than doubled the estimated value of diamond jewelry stolen in a brazen weekend heist at a luxury hotel on the French Riviera — to some $136 million.

The elevated value of the jewels taken has caused some in the French press to dub it the "Heist of the Century."

Police had previously said Sunday's theft at the Carlton Intercontinental Hotel had netted euro40 million ($53 million) in loot — even at that level, one of biggest jewelry heists in recent years.

Assistant prosecutor Philippe Vique said the Dubai-based organizer of the diamond show has raised the value based on a more complete inventory.

Vique said authorities are looking for a lone suspect who broke in through French doors at the hotel that opens out onto Cannes' famed Croisette. The suspect then fled on foot.

Officials say the robber's face was covered, and that the thief made off with whole bags of rings, watches and earrings inlaid with precious stones, according to Le Monde newspaper. The robber was allegedly armed with an automatic pistol.

The jewels were stolen from the company founded by an Israeli diamond mogul Lev Leviev, whom the New York Times described in 2007 as "probably Israel's richest man" and "the man who broke the De Beers international diamond cartel." He allegedly has business interests spanning multiple industries and continents.

Police and investigators have so far disclosed no leads or motives in the crime.

The Carlton, on the glittering French Riviera was the setting of Hitchcock's "To Catch a Thief," where Grace Kelly's charms lured Carey Grant's cat burglar.

"I'm not talking about somebody knocking on the head of an old lady to pinch her purse. There they are very often organized gangs," Pageon told CBS News. "They plan it like a military operation. It's a film scenario so, of course it happens in Cannes."

The robbery coincides with a three-days-ago jail break in Switzerland by two alleged members of the notorious "Pink Panther" jewel thief gang. The Eastern Europe network is blamed for high-profile jewelry robberies worth hundreds of millions of dollars. They are so far not blamed for the most recent robbery.