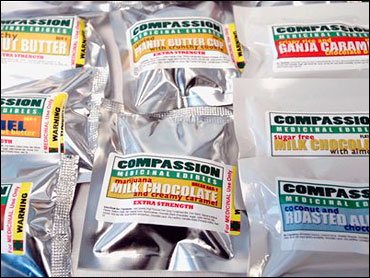 (CBS/AP) NEON, Ky. - This isn't the kind of chocolate-and-peanut butter "treat" you go looking for at your local convenience store.

An eastern Kentucky man is facing charges after he was found in a grocery store covered in chocolate, peanut butter and little else.

Kentucky State Trooper D. B. White said a manager of the Food World IGA in Neon arrived at work last week to find 22-year-old Andrew Toothman wearing only the confections, plus a pair of black boots.

Court documents say Toothman is accused of smearing peanut butter around the store, discharging fire extinguishers and using bottles of Nyquil to spell out the word "sorry," according to The Mountain Eagle in Whitesburg.

Trooper White called it "the biggest mess I have seen."

Toothman is being held at the Letcher County jail, charged with burglary, criminal mischief and indecent exposure.