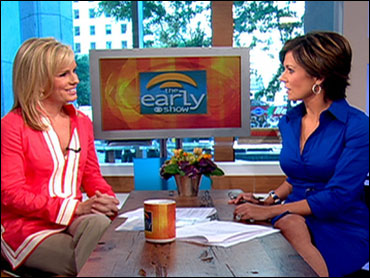 Could the key to preventing cancer be just a vitamin away?

The Early Show co-anchor Maggie Rodriguez reported that researchers found that a daily dose of vitamin D can cut the cancer risk by 25 percent.

"This is arguably the most important vitamin to all of our health in terms of preventing diseases, and actually potentially treating some existing conditions," Ashton said. "In my house, believe it or not, it is the only vitamin we take every day."

But according to one study 40 to 70 percent of Americans may be vitamin D deficient because they live in northern latitudes and/or don't spend enough time outdoors.

But Ashton explained there are ways to get more vitamin D. She said 15 to 20 minutes of sunlight -- when you protect your hands and your face -- is considered a dose, while a daily supplement can be just as effective.

Ashton said a doctor can determine vitamin D levels through a blood test. But you shouldn't overdo it, she said: too much vitamin D can be toxic.

Ashton added some people are vitamin D deficient, including the elderly, people who are pale-skinned, overweight, dark-skinned and those who live in northern latitudes.

Ashton also addressed another cancer headline concerning conflicting reports about whether taking antidepressant drugs like Paxil or Prozac after surviving breast cancer is a good thing.

One Medco Research study found the risk of breast cancer among survivors on antidepressants doubled the risk of having the cancer return. Another study conducted in the Netherlands did not find any increased risk.

But Ashton said it's best to be cautious.

"If you are on those type of anti-depressants," Ashton said, "check with your doctor, and see if there's something else that can treat your hot flashes."

Ashton said there are alternatives, but you shouldn't discontinue your current medication without your doctor's permission.