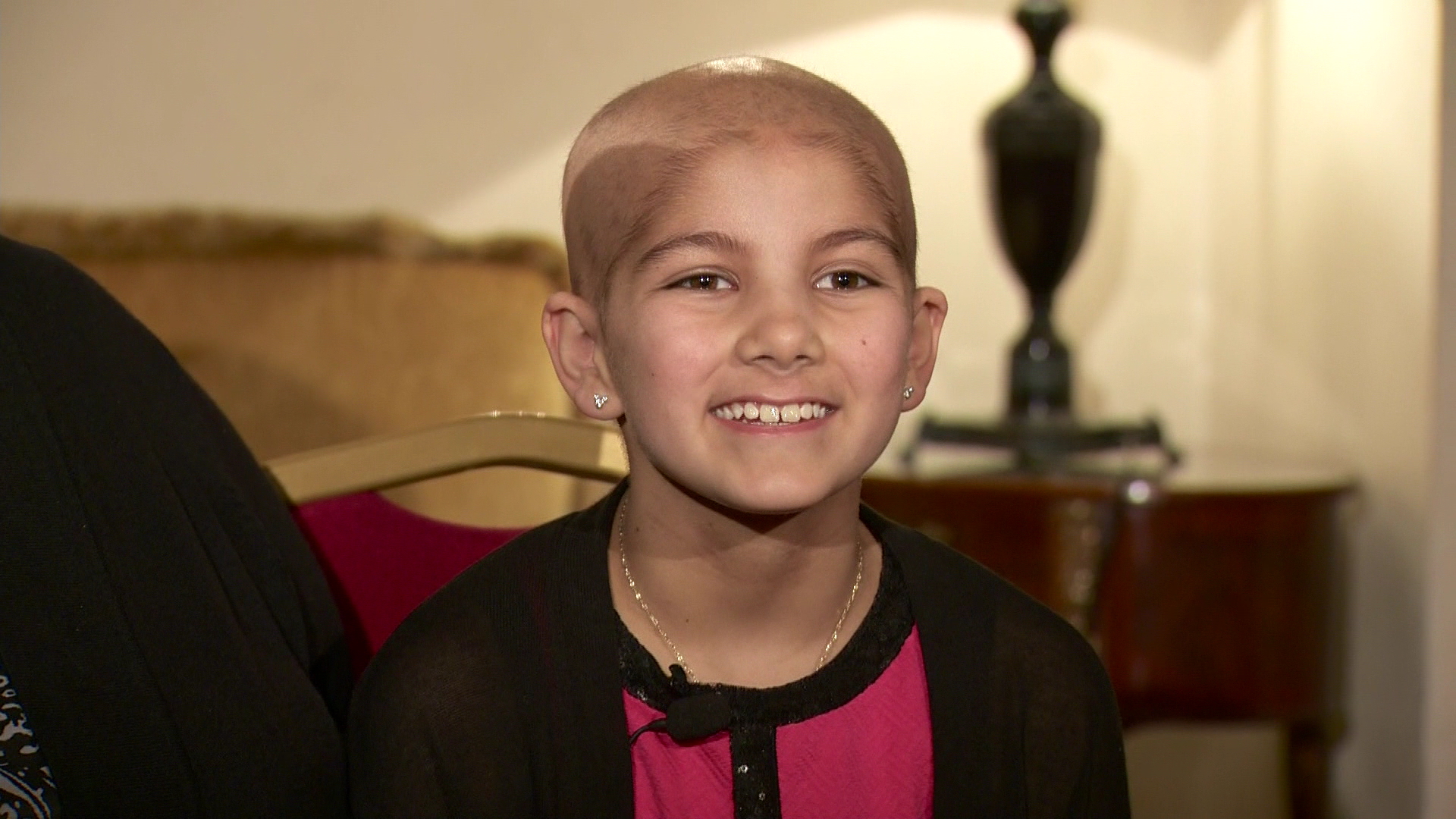 Since birth, they've called her "one tough cookie." Now, Gracie West is living up to that nickname as she fights cancer. She's had nine rounds of chemotherapy, and when asked if she could have one wish, she said she wanted to meet the pope, CBS News' Allen Pizzey reports.

"My motto is, you have no choice but to be strong, but you can choose to be happy and positive. That's helped me through a ton of stuff. I have to stay through this. I have to keep going," Gracie said. "And then other people won't think, 'Oh I don't feel good,' like, you can either be happy or sad.

A year ago, Gracie was diagnosed with stage 4 neuroblastoma, a cancer that affects the nerve cells. She's become an expert on things no child should even have to think about.

"I never thought it'd be, 'Oh what are you doing next week? Oh I'm going for chemo. I can't come to your birthday party,'" Gracie said. "It's like the new normal."

Try to imagine how abnormal that is for her parents. You can't, Sharon West said.

"Nobody ever said it was going to be fair. You could always ask ask why us? Why this? But at the same time, you can say why not you?" West said. "Getting angry, what is that really going to do? We have to really focus on the positive and the next step and different ways that we can do things to make a difference."

Gracie named her dog Topi, short for topotecan, her first chemotherapy treatment. Raised a Catholic, she prayed for strength.

Then along came Make-A-Wish, the foundation that grants kids like Gracie their fondest desire. Which is how she found herself in a hotel in Rome, all dressed up to meet Pope Francis.

"I'm excited and a little bit nervous because it's, like, the pope," she said. "It's like the closest thing to God, so I'm excited."

The family got reserved seats at the pope's weekly audience, but only Gracie and her brother Joe were going to be allowed into the exclusive area where they'd be guaranteed to meet Pope Frances one on one.

But when the moment came, it wasn't exactly like being in church. A zealous adult with no thought but shoving a present at the pope nearly knocked Gracie aside.

Joe held his ground to capture the moment on his cell phone.

"I just wanted to put her forward to make sure she got the blessing," he said.

It worked, and Vatican TV caught the moment too.

"It's amazing because he's like the closest thing to God, and he gave me and Joe a blessing. It's just like crazy," Gracie said.

The West family say that faith has been a major factor in getting them this far and is what they rely on to keep them going.

Helped along by that other essential element of a visit to Rome - a fine lunch of pasta and fresh artichoke - a special treat for a very, very special little girl.