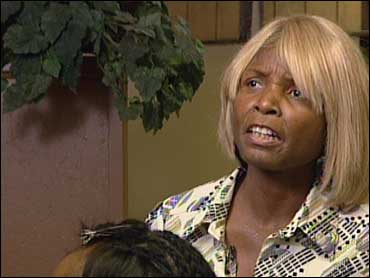 A woman who had her medical coverage canceled as she was undergoing treatment for breast cancer has been awarded more than $9 million in a case against one of California's largest health insurers.

Patsy Bates, 52, a hairdresser from Gardena, had been left with more than $129,000 in unpaid medical bills when Health Net Inc. canceled her policy in 2004.

"It's hard to imagine a situation more trying than the one Bates has had to endure," Cianchetti wrote in his findings. "The rug was pulled out from underneath, and that occurred at a time when she is diagnosed with breast cancer, one of the leading causes of death for women."

"I had cancer, my life was on the line, and these guys did not care, did not care at all," Bates told the CBS Evening News last November.

In fact, she was in the hospital getting prepped for surgery when she first learned Health Net was dropping her.

Some of the documents Health Net was forced to hand over revealed that senior analyst, Barbara Fowler, single-handedly dropped hundreds of policy holders like Bates from the rolls every year.

The shocker: the company awarded her bonuses based on how many policy holders she dropped.

The company called 2003 - the year Fowler dropped Patsy Bates - "a banner year" for her, for saving the company $6 million in what they call "unnecessary health care expenses."

"It has never affected how I performed my job duties," Fowler told CBS News, but Bates' attorney called that outrageous and illegal.

Bates, a mother of two, said she screamed when she heard about the damage award.

Bates' attorney William Shernoff said he wanted other insurers to take notice of the award.

"We are going to stop a put to this practice," he said.

Health Net said it was implementing a freeze on policy cancellations that would last until the company sets up a third-party review panel to scrutinize cases.

"Obviously we regret the way that this has turned out, but we are intent on fixing the processes to maintain the public trust," Health Net spokesman David Olson said.

Bates had previously been insured with another company but was persuaded to switch over to a Health Net policy after an agent suggested she could save money.

She said she had undergone surgery to remove the tumor and had received her first two chemotherapy treatments when doctors stopped treating her because her bills were going unpaid.

"I was devastated, I didn't know what was going to happen," Bates said. "It's boggling that someone can do that to you."

She went on to complete her cancer treatment through a state-funded program.

Health Net also said it would conduct a review of its practices and the way its brokers and agents are trained.

The award came a day after the Los Angeles city attorney sued Health Net, claiming it illegally canceled the coverage of about 1,600 patients. City Attorney Rocky Delgadillo also said the company illegally ran an incentive program in which it paid bonuses to an administrator for meeting targets of policy cancelations.

Health Net acknowledged that such a program existed in 2002 and 2003 but was subsequently scrapped.

In his findings, Cianchetti wrote that "it's hard to imagine a policy more reprehensible than tying bonuses to encourage the recision of health insurance that helps keep the public well and alive."