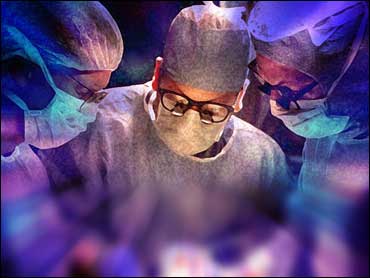 An 18-year-old Prince George, B.C., man with a rare condition is beating the odds and amazing doctors after recently undergoing a four-organ transplant.

Gairett MacIver is one of only a few Canadians to undergo the extensive surgery, at Toronto General Hospital on Aug. 1, which lasted about 12 hours.

MacIver received a new liver, pancreas, stomach and bowel and had his gall bladder removed during the surgery, which involved a team of more than eight specialists.

MacIver's father, Bill said his son is doing fine with no signs of organ rejection and he is off the oxygen.

The teen's rare condition, which has no name and has never been seen before, began in 2001 and 2002 with a series of broken legs.

"His normal day consists of sleeping a lot and being tested and checked for rejection," said Bill MacIver. "He's really alert, can hold normal conversation and his voice is strong."

MacIver's mother, Gloria believes they are witnessing a miracle.

"In December, doctors told us the odds of him surviving the operation were slim to none. They said Gairett could die of infection before he ever got the transplant, and there was only a 15-percent chance of him coming out of the operation. He's amazing the doctors with his progress," she said.

MacIver broke his legs five times in a year and a half, and the doctors thought it might have to do with low bone density, she said of the rare condition.

In September 2004, during one of many Vancouver trips for leg checks, an orthopedic surgeon at B.C. Children's Hospital, concerned about how the teen looked, checked his hemoglobin to find it severely low.

He was immediately put on a stretcher and received the first of 200 blood transfusions he would need up to July of 2006.

MacIver has spent a lot of time in hospital during the past two years with his mysterious condition involving an arterial venous malformation in the bowel that would "bleed out," causing damage to his stomach and liver.

For the past eight months he has not been able to properly absorb food, so his mother learned to feed him intravenously with a product that requires 15 hours to administer.

The family is optimistic about his recovery, but the odds are against him. Friends have set up an account to help the family deal with the crisis.

Lori MacIver will be staying in Toronto with her son for as long as it takes. MacIver will be in hospital there for at least three months and must spend more time close by for check-ups.

"If we're lucky, we'll have them home by Christmas," said Bill MacIver.