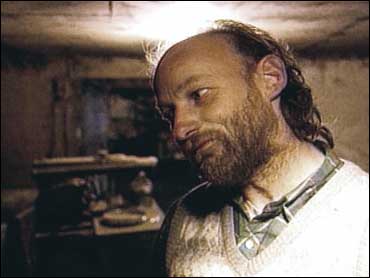 A Canadian pig farmer convicted of killing six women and butchering their bodies like pigs officially received his automatic life sentence and learned he will not be eligible for parole for a minimum of 25 years.

Robert "Willie" Pickton was convicted Sunday of second-degree murder in the killings of six women and received an automatic life sentence, though he could have been eligible for parole in as little as 10 years.

After hearing gripping statements from the families of the victims on Tuesday, Judge James Williams sentenced Pickton, 58, and said he will not be eligible for parole for a minimum of 25 years, the maximum penalty allowed by law.

It is unlikely Pickton will ever be released from jail. Pickton still faces 20 more murder charges for the deaths of women, most of them prostitutes and drug addicts from a seedy Vancouver neighborhood. If convicted on all those charges, he would become Canada's worst serial killer. Police are also investigating the cases of almost 40 other missing women.

Authorities said Pickton butchered the womens' remains and fed them to his pigs. Health officials once issued a tainted meat advisory to neighbors who might have bought pork from Pickton's farm, concerned the meat might have contained human remains.

Earlier Tuesday, the 15-year-old daughter of a woman murdered by Pickton said her slaying was "like ripping out my heart" in a statement read by her stepmother in court.

Family members cried and prosecutor Michael Petrie choked up as he read the victim-impact statements at Tuesday's hearing. Prosecutors pushed for a maximum 25 years in prison before Pickton can seek parole.

The defense said Pickton a history of kindness to other people and should be eligible to apply for parole in 15 to 20 years.

Pickton turned down a chance to speak at his sentencing hearing. Pickton's defense lawyer Peter Ritchie says his client wants to address the court, but has been advised not to do so because he faces another trial next year on 20 counts of first-degree murder.

When the judge asked Pickton if he had anything to say, Pickton leaned forward in the prisoner's box.

But Ritchie quickly stood up and said Pickton would not make a statement.

"So he has nothing to say?" Judge Williams asked.

"He does," Ritchie said. "He wishes to speak but he's accepted advice not to."

Earlier Tuesday, staring directly at Pickton, Lynn Frey read a statement from her granddaughter Brittney, whose mother Marnie Frey, was among the victims. Part of Marnie Frey's jaw bone was found on Pickton's farm.

"When you took her from me, it was like ripping out my heart."

Karin Joesbury wrote that her daughter Andrea was a "lovely, creative girl who wound up in a freezer, cut into parts."

Prosecutors had sought a first-degree murder conviction that would have meant no parole eligibility for a minimum of 25 years, but the jury found Pickton guilty of the lesser second-degree murder charges, finding that the killings were not planned.