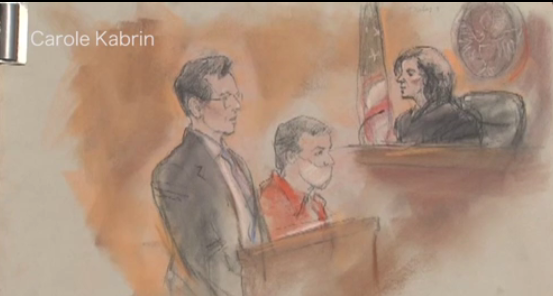 FLINT, Mich. -- A judge on Wednesday ordered a Canadian man to remain in jail while he faces a charge of stabbing an airport police officer in Flint, Michigan, in a possible act of terrorism.

Amor Ftouhi, 49, didn't object to the government's request that he be denied bond, a week after authorities say he stabbed Lt. Jeff Neville in the neck.

Ftouhi, of Montreal, would be held by U.S. immigration authorities even if he were released on bond in the criminal case, his attorney, Joan Morgan, told U.S. Magistrate Judge Stephanie Dawkins Davis.

Ftouhi wore a medical mask over his mouth as he entered court for the brief hearing. No members of his family were present. Security was greatly enhanced: Two U.S. marshals and a court officer were at the courtroom door while others stood watch just steps from the defense table.

Ftouhi, a native of Tunisia, is charged with committing violence at the Flint airport. It's a temporary charge until federal prosecutors present their case to a grand jury. The FBI said it was investigating the attack as a possible act of terrorism.

The FBI said he bought a knife in the U.S. but was unsuccessful in his attempt to buy a gun. Neville was released from a hospital Monday.